How do you help somebody leave a cult? 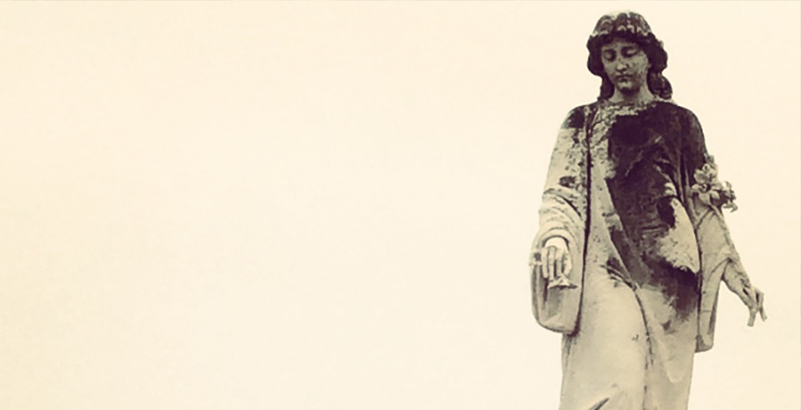 I’m dropping this blog post in here to provide a handy place to consolidate anti-cult resources.

One very unfortunate fact: prying people out of cults is not scalable. You might be able to get your own brother out of a cult, but you can’t get everyone out of the whole cult that way.

It might seem unfair, but it’s built into the system — when you join a cult, you give up things like your individuality and your critical thinking skills, and that surrender can happen en masse. Think about a giant crowd of people all chanting the same thing at the same time — that’s how cultish programming works. But deprogramming involves taking an individual person by the hand and leading them away from that crowd.

A cult leader can say “don’t think for yourself, just do what I tell you.” It’s top down. But a deprogrammer has to say, “don’t just accept what other people ***including me*** tell you to do, think for yourself.”

It’s almost like, the path into a cult is generic and mass-produced while the way out of a cult is hand-made and custom. Which is depressing because it seems to stack the deck in favor of cults.

I have come to believe that we need a good centralized resources for people trying to deprogram friends and family members from cults and cultish allegiances. I don’t pretend to be any kind of authoritative source, but I’ll do what I can, and tell you everything I know.

When I started writing the Abby series, which starts with the protagonist leaving a patriarchal Quiverfull-type family cult, I did research into that specific type of cult.

My starting point was here, the No Longer Quivering blog: https://www.patheos.com/blogs/nolongerquivering/

Although, actually, my starting point was here, when I found out that a friend of mine, the extreme evangelical relations she was always complaining about, they were the adopted parents of Lydia Schatz.

It haunted me, to think of all the evangelical families I knew, and wonder who among them would be capable of beating a child to death in the name of “discipline.” We’re familiar with the “lynch mob” principle, where group dynamics can cause a mass of people to be capable of greater atrocities than any members of the mob taken as individuals. And cultish mass suicides like Jonestown seem to be an example of a similar principle at work. The Schatz parents weren’t part of a real-time mob when they murdered their daughter in the name of heavenly discipline, but they were surrendering their moral judgment to a perceived authority, in the form of Michael and Debi Pearl and their books about child-rearing.

That seems to indicate that the lynch mob principle can work at a remove — for example, online. And, today, with cults like Qanon, we’re seeing just how powerful and horrible an online cult can be.

I also read a lot of the Homeschoolers Anonymous blog.

I felt like I was getting a pretty good handle on the specific type of cult that my protagonist came from, but one thing I wanted to know — how do you tell a cult from any similar kind of thing? — was stubbornly elusive. I joke about how, when I was in high school, the pastor of our Baptist church, an ex Mormon, taught a very interesting series of Sunday School classes about how Mormonism was a cult. And he did convince me that Mormons belonged to a cult. What he failed to do, was convince me that Baptists didn’t.

A lot of the “how to spot a cult” checklists I found online were specifically written from an evangelical Protestant perspective, which made them, as you can imagine, extremely biased, and somewhat less than helpful. They often focused on doctrine, rather than practice, and specifically avoided certain cultish markers — like proselytizing — that would make evangelical Christianity into a cult.

Somebody on the Homeschooler’s Anonymous FB group, pointed me at a link I found extremely helpful: Thought Reform and the Psychology of Totalism by Robert Jay Lifton.

Understanding a cult as “a totalistic belief system” was a real eye-opener, because it also seemed to explain how things that were seemingly not religious per se (like Amway sales or watching Fox News) could become cults, or at least highly cultlike.

That was also where I saw this book referenced: Cults Inside Out: How People Get In and Can Get Out by Rick Alan Ross.

Again, I can’t say I’m an expert. But I am evolving a kind of “McJulie’s Rules of Cults” in case that’s helpful to anyone.

Rule one: while cult recruitment happens en masse, cult deprogramming can only happen on an individual level. This is very frustrating and asymmetrical and gives cults a huge advantage. But there’s no help for it.

Another rule of cults: they’re hard to leave, This is by design. In fact, I believe that’s one way to spot a cult: what happens when you try to leave?

This is why I started to identify my evangelical upbringing as cultish, because of what happened when I tried to leave. Of course, there was a lot of other stuff going on too: family dynamics, coming of age baggage, the struggles of being a teenage girl in a patriarchal society. But the truth is, I was raised in a religion that told me it was 100% voluntary, based on a conscious, freely chosen, adult decision to follow Christ in a particular way. And yet when I, as a young adult, tried to choose something else, it became a big problem in the family. It caused a lot of conflict and heartache and alienation and arguments and anger.

Nobody wants to believe their “regular” evangelical church is a cult. You want to think you’re trying to keep people there “for their own good.” My mother was, I think sincerely convinced that keeping me in church was the secret to keeping me safe and happy, and that me leaving church was a sure path to getting lost in a nightmare world of sex, drugs, rock and roll, Satan worship, cocaine addiction, AIDS, dropping out of school, unwed motherhood, and everything else the church had ever told her waited for teenage girls “out there.”

Another rule of cults: if you start trying to lead somebody away from a cult, and it works well enough that the other cultists notice, they will fight back. They’ll “reach out” with their “concerns.” Maybe they’ll have “a burden on their heart for you.” Maybe they’ll come like a toxic ex saying, “I’ve changed, baby, give me one more chance.” Be ready for that. A person leaving a cult will backslide.

Another rule of cults: people embrace cults because they serve a need, usually for a sense of meaning or fellowship, sometimes for real-world community support.

If you want somebody to leave a cult, it helps to give them somewhere else to go — so they’re not just stepping out into the void. That’s where your support as a friend or family member might become really crucial. I didn’t yet think of myself as leaving a cult when I left the church as a young adult, but it did help me a lot to find science fiction fandom as a substitute for some of the things you get from church — a sense of ritual and shared experience, a ready-made social group, something to do on the weekend.

If you share something non-cult-related with the person you’re trying to lead away from the cult, focus on that. What else do they like? One of the toxic things that can happen to a person in a cult is that the cult devours their entire personality, starting with their sense of humor. Help them find who they are outside of the cult.

Another rule of cults: if you attack the cult too directly, their defenses go right up, and you’ll get really frustrated. “How can you not see that these people are lying to you!” And then you’re just having an argument.

As the deprogrammer, you have to keep your temper in check, which, uh, that can be kind of a struggle. Like maybe you’ll talk to them for a while and it seems like you’re getting somewhere, then they hit one of your hot buttons, and blammo.

Ideally, you want to stay in a mode of very gently asking questions like “But don’t you think that if [x] claim were true, you’d see more of [y]?” but sometimes you will fail, and that’s part of the process.

Your ultimate goal is to get them to ask these questions on their own, without you having to prompt. Because ultimately, people can only deprogram themselves.

Good luck, and I will periodically update this post with any new information or ideas about getting people out of cults.