Fighting the Moon comes out on February 16, Mardi Gras. If this were a normal year, in New Orleans, the last two weeks before Mardi Gras would be an absolute whirlwind of parades, krewe balls, and events of all kinds. So I’m going to kick off with a photo of our friend Caroline Pate, dearly missed, who was a key part of my very first Mardi Gras trip in February 2014. 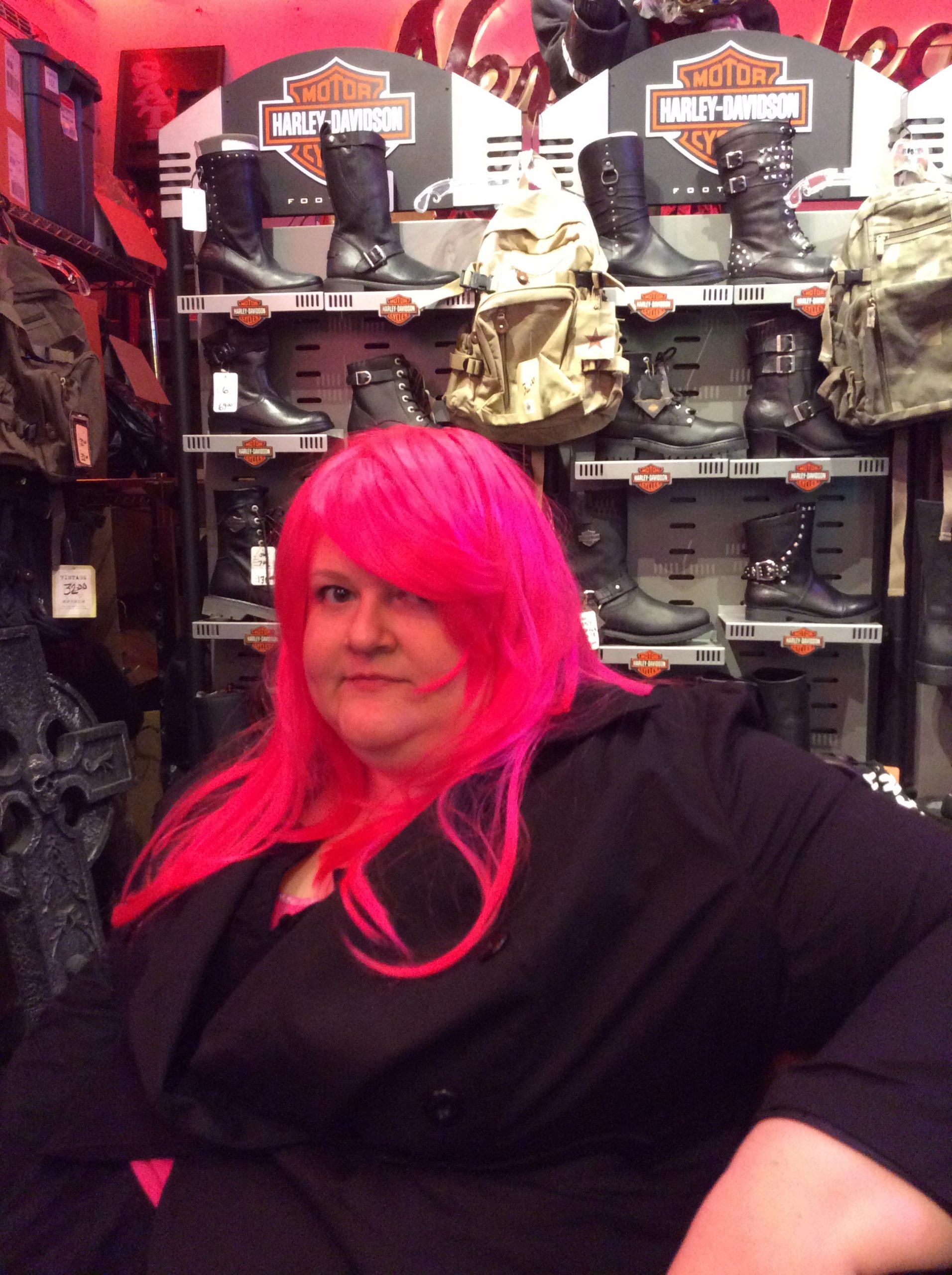 In response to a question by Paul, the photograph was taken in February 2014 in a store called “Wicked Orleans” that was on the corner of Decatur and Governor Nicholls (the French Quarter street everybody forgets about). It sold clothing & accessories with a punk/goth/rock sensibility, as you can probably guess from the Harley Davidson boots & Celtic cross visible in the background.

2021-02-08
Previous Post: How do you help somebody leave a cult?
Next Post: Stop teaching Critical God Theory to our kids!