Mermaids: still not the new vampires 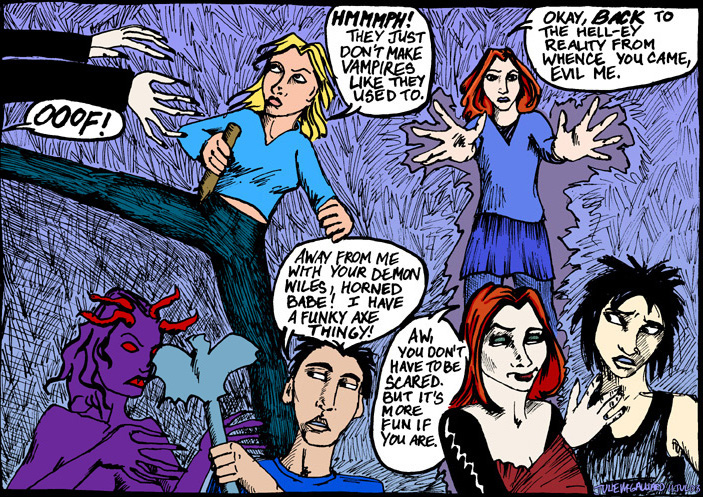 [inspired by this Slate article: Mermaids are not the new vampires]

Sure, for a while I was joking that pirates were the new zombies were the new vampires, but it was a joke. And pirates and zombies can walk on land, and are traditionally seen as monsters, or at least anti-heroes, so that puts them WAY closer to vampires at the outset.

If mer-people are your deal, great. No problem there. But mythological tropes aren’t infinitely malleable — they don’t all mean everything at the same time. For the most part, you can’t take a vampire story and plug in a merperson instead. And if the myth you choose doesn’t affect the story you tell, why use the myth at all?

There’s a reason vampires rule the world of fantastical fiction the way they do. I can’t tell you for sure what that reason is — I have speculated wildly about it on many a convention panel, and my go-to explanation is: vampires are a potent symbol of ambivalence, and we live in a deeply ambivalent age.

Similarly, I have a go-to explanation about why werewolves always seem to play second fiddle to the vampires who are otherwise their close mythological cousins: because of the way cinema dominates our collective mythmaking, and vampire visual effects are just plain easier to do well than werewolf effects. So vampires rule the theater, and this causes them to dominate in written literature as well.

But those are just educated guesses. There’s something ineffable about what makes certain narrative tropes resonate. They just do. Maybe, in a different social and physical environment — the Waterworld world, for example — merpeople would be the go-to myth.

Only, in that world, they would probably be terrifying/misunderstood undead monsters who threaten our concept of ourselves as humans, and instead of being, generically, “fish” people, they would actually be humans who sometimes turn into GIANT MAN-EATING SHARKS.