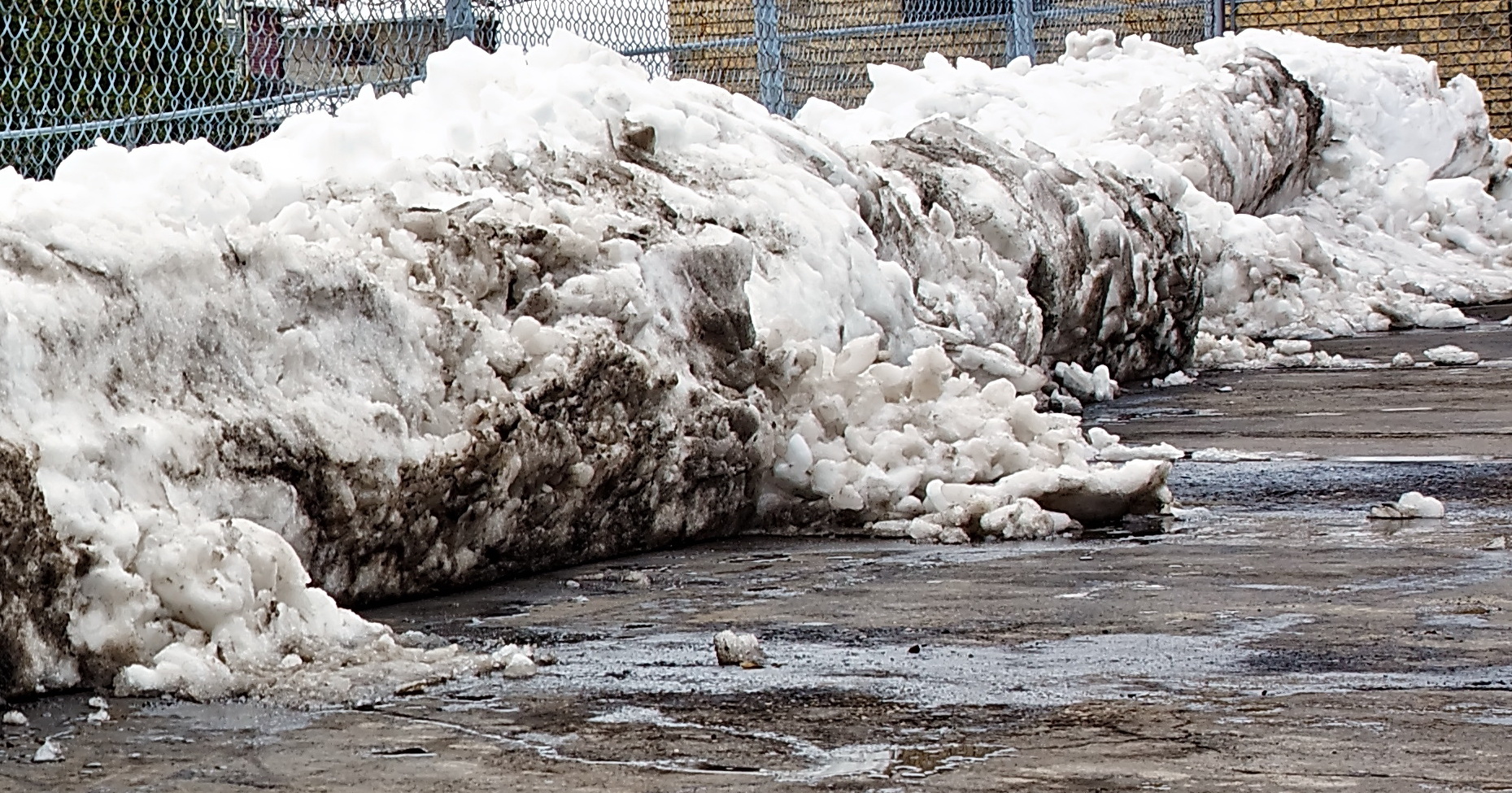 One of my working theories about understanding the political right in this country — everybody from Donald Trump to your Mom’s racist brother — is to assume that every insult they lob against the “other side” (that is, us, liberals, Democrats) is projection.

Take this “snowflake” business. It’s clear how the right uses it — a derogitory term meaning people on the left are just too precious, too sensitive, too delicate for this world, with feelings that are soooooo easy to bruise, a worldview that is soooooo fragile. Although “snowflake” has been a slang term in other uses before, the modern use appears to derive heavily from this passage in Fight Club (below is from the book, but it’s very similar in the movie):

You are not special. You’re not a beautiful and unique snowflake. You’re the same decaying organic matter as everything else. We’re all part of the same compost heap. We’re all singing, all dancing crap of the world.

It sounds great as a line of dialog, although any attempt to use it for wisdom might be a little suspect, coming as it does from a troubled character having an unusually creative psychotic break. But I question the metaphor anyway. You are, in fact, very much a snowflake: an utterly unique miracle of nature, destined to become an indistinguishable part of a mass of billions of other unique miracles of nature, and eventually melt away entirely.

Now, we’ve all known people who thought they were just too special to have to muddle through the same muck as everyone else. But nowhere is that “specialness” more vividly on display than with acting president Donald Trump, hero of exactly the sort of right-winger apt to denigrate me as a snowflake. DT is so precious that he doesn’t even think he has to follow the same rules as other presidents. You know, things like respecting the independent judiciary as a branch of government.

And talk about an excess of delicacy, my stars. The political right in this country is, as more or less their official mission statement, standing athwart history yelling STOP. Think about that. They demand that history itself stop moving for their convenience. How much more precious can you get?

When scientific facts, anything from simple arithmetic to the laws of thermodynamics, don’t fit their favorite theories, do they buck up and accept reality like adults? No! They cook the books, move the goalposts, and try to shut down even discussing (for example) climate change and how much of a problem it might turn out to be. They are openly contemptuous of facts, and of reality itself.

And my goodness, do they get the vapors when it comes to sex. They can’t deal with other people having sex. They can’t handle the biological reality of where babies come from. They quail in the face of menstruation. They’re too delicate to handle the knowledge that people are gay or transgender. Much of their legislation on these fronts is simply an attempt to pretend these things don’t exist. They want to believe you can pass a few laws and hey presto! Gay people no longer have sex if they’re not allowed to get married, transgender people disappear if they’re not allowed to use public restrooms, nobody needs contraception or an abortion if they can’t be obtained legally.

They’re too fragile to deal with human biology. Think about that.

They get worked into a lather over things many of them have never even seen. People who live in small towns get all a-flutter over the super-dangerous danger of big cities. People in relatively homogenous communities find themselves unable to deal with the very concept of foreigners or people with different religious beliefs. These are people who claim to think liberals are weak-minded cowards, but most of them wouldn’t walk through downtown Seattle at night. And if they did find themselves in an urban environment, downtown, at night, would they take a public bus home?

They have meltdowns if we call them “names,” even when those names are just an accurate description of their own behavior: racist, misogynist, white supremacist, bigot, homophobe, neo-Nazi. Have you seen some of the things they call us? It gets a lot more offensive than “snowflake.” In fact, a lot of time we get the “snowflake” epithet because we dare to express displeasure at being derided with race-based or sex-based slurs.

And I submit to you that everyone actually already knows this about the political right, that they are as puffed-up and sensitive as a sore toe, ready to squeal like a pig if you poke ‘em anywhere at all. Like toddlers they throw tantrums to get their own way. Like spoiled toddlers it has always worked out for them, so they never learned to stop doing it.

They benefit from something I like to call the “good behavior” paradox. It’s where you get “rewarded” for being generally well-behaved, highly skilled, and conscientious by getting more work and higher expectations. Meanwhile, somebody who’s always goofing off, screwing up, and acting like a jerk gets perpetually excused because that’s “just the way they are.” This dynamic plays out most vividly when the competent person is seen as lower status than the incompetent — imagine a smart woman getting jerked around by a loser male boss.

Conservatives get away with acting like they are higher status than liberals. This might seem counter-intuitive — what about all those “liberal elites” you keep hearing about? What about the stereotype of Republican voters as toothless ill-informed yahoos?

Well, riddle me this. You know all those achingly heartfelt portraits of small town Trump voters showing empathy for their struggles and attempting to give a context for their racism, sexism, open hatred against “liberal elites”, and complete lack of common sense? Now count up the number of heartfelt portraits of urban liberals you’ve seen where the New York Times or something similarly high-profile (and supposedly liberal) attempts to explain to Republicans that we aren’t really so elite, actually, we drink PBR and worry about how we’re going to pay the rent if we get laid off and have expensive college degrees that aren’t helping as much as we’d hoped and we waste a lot of our lives sitting in traffic and a lot of us dream about owning a house or starting a family but simply can’t afford it.

The notion of a “liberal elite” — meaning not wealthy and influential liberals, but rather, ordinary working people who are liberals and sometimes let on that they think conservatives are idiots — is simply a myth that allows liberal concerns and opinions to be dismissed because they don’t belong to “real” people. Conservatives openly express the idea that they they think we’re the idiots, but nobody calls them “elitists” for this. Liberals are characterized as “elitists” because we’re not “allowed” to express such opinions about conservatives.

Plug in “uppity” for “liberal elitist” and I think you’ll see where I’m going with this.

It’s a very clever sort of mind game, because it pretends to be exactly the opposite of what it is. After all, when liberals are characterized as kind, understanding, tolerant, reasonable, and empathetic, while conservatives are characterized as unpleasant, abusive, ignorant, bigoted, vindictive, and just plain wrong, that seems like it’s pro-liberal, right? And yet this narrative is used exclusively to undermine liberal confidence and excuse conservative misbehavior.

Many centrist, mainstream liberals end up internalizing a kind of bias against themselves, and it works much the same way as internalized misogyny and internalized racism. We feel unsure of ourselves and become easy to gaslight. We’re quick to distance ourselves from “those other liberals” (you know, the snowflakes, the ones who go too far). We feel pressured to apologize for ourselves, qualify our point of view, proceed with caution, act a little shy, don’t rock the boat (which is presumed to be conservative).

Imagine America as one big Thanksgiving dinner. There’s you, the liberal daughter, and your Mom’s racist brother Don, and our mainstream institutions, particularly the news media, acting as your parents hosting the whole thing. Your parents aren’t quite as liberal as you are, but they still agree with you far more than with Uncle Don. But they don’t want a bunch of arguments on Thanksgiving, and they know Uncle Don cannot be reasoned with. So they appeal to you. Because they know you’re reasonable. They know you’re nice. They know you don’t want a bunch of fights at Thanksgiving either.

Why is this right so important to him? I don’t know, that’s between him and his God. But he uses projection — such as whining about liberal snowflakes — to protect this right. As a psychological defense mechanism, projection is used to avoid facing some defect within oneself. But projection also works as a social defense mechanism, to deflect attention and potential consequences away from one’s own behavior.

After all, if you’re already the one calling everybody “snowflakes,” well, nobody’s going to notice what a snowflake you are, right?

On some level, Racist Uncle Don knows the delicacy within himself that has been fostered by a world arranged for his own benefit and convenience, a double standard that operates in his favor. He is not ready for justice. He is not ready to fight us on even ground. It is his own weakness that we have been coddling all these years, and he’s not ready to have it exposed.

He does not want to face up to the melting snowflake within.