Mayonnaise and ketchup and hamburgers on iceberg lettuce 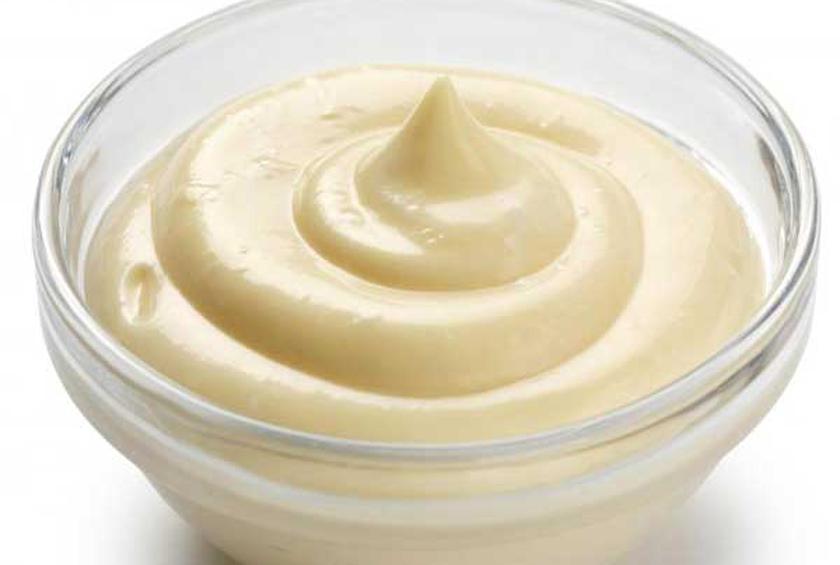 Above, a picture I found of mayonnaise looking exactly why I don’t like it — flavorless, fatty, cloying.

In my native cooking tradition — Industrialized Post-War Post-Apocalyptic Food Wasteland — “barbecue” meant “items cooked outside on a barbecue” and that was it. Those items were inevitably hot dogs or hamburgers, served on buns made of extra-squishy white bread, dressed with mustard and sweet pickle relish (hot dogs) or mayonnaise, ketchup, iceberg lettuce, and sweet pickle slices (hamburgers). Maaaaaaayyyyybe you could throw a a slice of curiously flavorless beefsteak tomato or Processed American Cheese on there, if you were feeling adventurous.

Does that sound like comfort food to you? Or like a bleak, joyless wasteland, a food dystopia?

For me it was a dystopia, for a simple, weird reason: I hated hamburgers.

I hated every part of the hamburger. I hated the extra-squooshy white bread. I hated mayonnaise. I hated ketchup. I hated sweet pickles. But most of all I hated the hamburger patty itself. Beef has a bloody, metallic flavor that my kid self found really off-putting, almost as bad as liver, unless it was heavily disguised in something like taco meat or spaghetti sauce. A hamburger was my worst possible food. It was, like, here, let’s disguise this flavor you don’t like with all these other flavors you don’t like either.

Disliking hamburgers seems like it shouldn’t be that big of a deal — a lot of kids don’t like a lot of things — but hamburgers and their components were so deeply embedded into the food of my youth that disliking them was practically a traitorous act. It constantly put me at odds with my surroundings.

A routine experience, such as getting lunch on a family road trip, became deeply alienating. The rest of the family would want to go to McDonald’s, and I would beg, no, please, could we go ANYWHERE else, and we’d always end up at McDonalds anyway, and I would reluctantly settle on a Filet-o-Fish, no tartar sauce, and we all had to wait around for the no tartar sauce part, and everyone would hate me and wonder why I couldn’t just eat a cheeseburger like a normal person. What was my problem, anyway? Was I some kind of commie?

I was always the weird kid who didn’t want a hamburger, didn’t want a steak, didn’t want to go to McDonald’s, didn’t want any mayonnaise on her bologna sandwich. Seriously, I don’t. No, don’t push me on this. Don’t ask me, “but won’t it be awfully dry?” as if I don’t know what I want on my own sandwich. NO DON’T PUT MIRACLE WHIP ON THERE EITHER IT’S EVEN WORSE THAN MAYONNAISE WHAT THE HELL IS WRONG WITH YOU.

(Did any other mayonnaise-haters get that same line from adults who seemed inexplicably reluctant to deliver a sandwich without mayonnaise because it would be “awfully dry”? Did they all get that notion from the same place, like, a mayonnaise commercial or something? And isn’t it weird that adults who took it for granted that we wouldn’t like vegetables seemed so thrown by the fact that we didn’t like mayonnaise? I mean, if we’d said, “don’t put any broccoli paste on my sandwich” they would have expected that, right? So what was the big deal with mayonnaise?)

I no longer find hamburgers terrible, but I’m still not a big fan. Usually, I end up eating them because I’m at a place for other reasons, like drinking or socializing, and I’m hungry, and hamburgers are what they’ve got.

Hamburgers are so often what they’ve got, all they’ve got. They’re still a default food in the US, the one thing you can get pretty much anywhere at any time under any circumstances. They’re safe. Nobody ever thinks you’re weird for eating a hamburger. You never have to justify it. You never get, “You’re eating THAT for lunch? Huh. Okay. ” Nobody ever tells you that your hamburger smells weird or looks funny. Nobody is ever “over” hamburgers

Restaurants serving cuisine styles that have no hamburgers — Chinese or Mexican or Thai or Middle-Eastern or Indian or Japanese or Cajun or Vietnamese or Russian or Italian or French or whatever — often have a token hamburger on the menu. Its like, “well if you don’t like the kind of food we really make, you’re American, so have this hamburger instead. Americans like hamburgers.”

I’ve been sitting on this essay for a couple of years now, searching for a final few sentences to make it feel concluded. But I decided to publish it today because of the commentary around this essay, in which millennials are (somewhat tongue-in-cheek, I guess?) blamed for killing mayonnaise.

If only that were true.