Nothing to prove to a bully 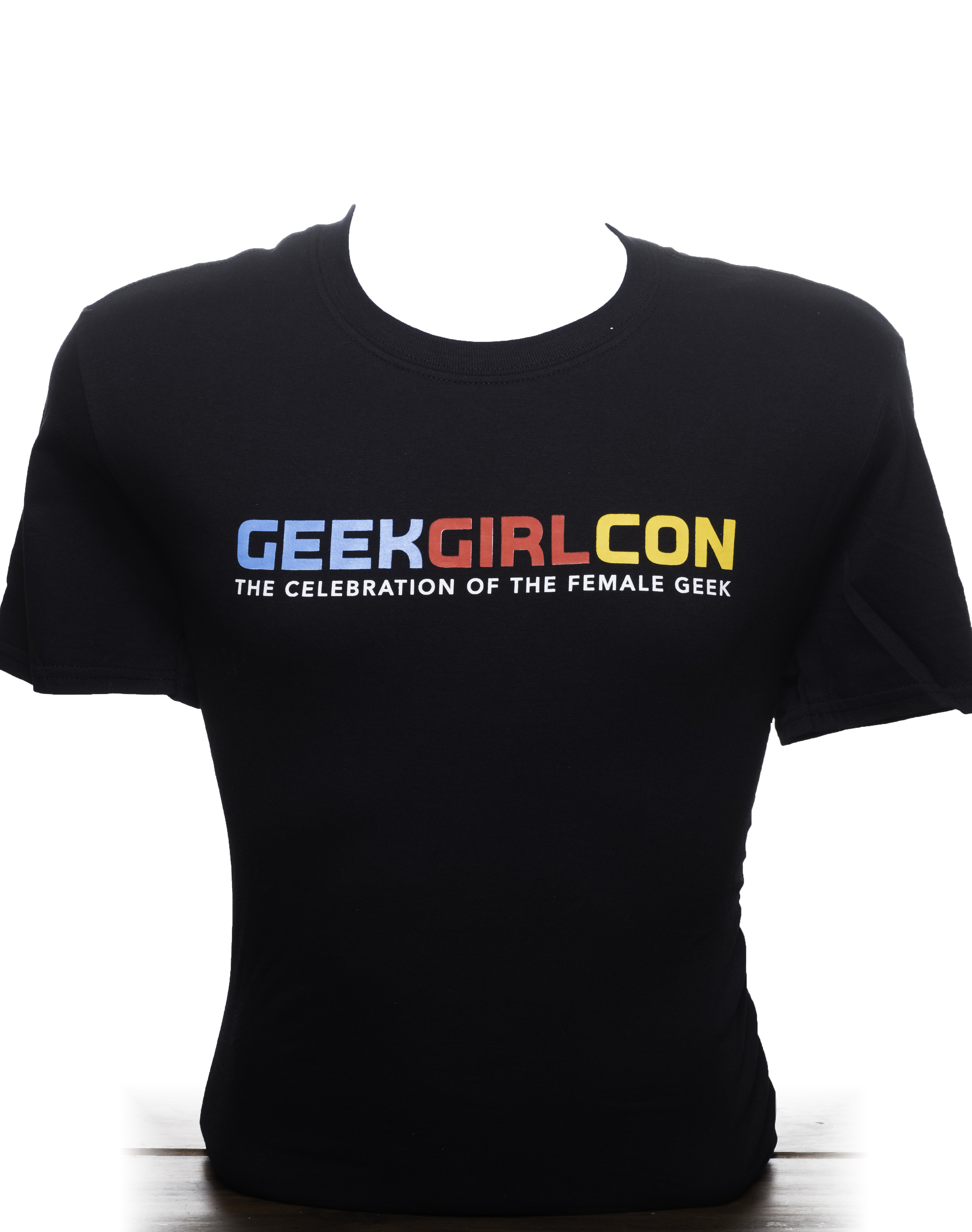 Note: I originally started writing this post in October 2014, shortly after attending my first GeekGirlCon. But I didn’t post it then. Why not? I’m not sure. I think I might have not had a conclusion until a couple of months later, and by then it no longer seemed relevant. But after reading this article about the Russian propaganda machine, I realize that it’s more relevant than maybe I knew — things like Gamergate really were an early skirmish in this war. There’s a point where I speculate “But why video games? Why now?” and I have to admit that “because of the early efforts of an online Russian propaganda machine which is gearing up to hijack US elections and media narrative, which is going to culminate in an unending disaster for your country, possibly even a new Civil War or World War” really did not occur to me.
————-
October 2014

Back near the beginninng of October, I went to GeekGirlCon for the first time. Saturday night featured a concert by the Doubleclicks, who performed “Nothing to Prove,” their commentary on the “fake geek girl” Internet meme and similar obnoxious anti-woman geek-related activities. One of the lines from the song stuck with me:

I’ve got nothing to prove to a bully.

As a society, we have a bit of a problem addressing bullying. Until very recently, bullying was frequently regarded as an inevitable part of growing up, something kids just have to lean to deal with, maybe even a character-building experience. We trivialize and victim-blame. That boy just picks on you because he likes you. The bullies are just insecure/jealous/bullied themselves/cowards. If you ignore them, they’ll stop doing it. It’s just the Internet, nothing to worry about in real life. Maybe you’re provoking them and bringing this on yourself. Have you tried reaching out to the bully? Making friends? Acting more normal?

Obviously the bully is getting something out of the interaction, but it’s not something that necessarily makes sense to the non-bully. I certainly didn’t understand why other kids picked on me when I was young. It was obvious they thought I was a weirdo, a “brain,” socially awkward, poorly dressed, all that nerd stuff — but I didn’t know why they were so determined that I be made to feel bad about myself for these supposed deficiencies.

But it worked, is the problem. I did feel bad about myself, even though all the abuse was coming from people whose opinion I didn’t respect. Why should I care that some kid I didn’t even like thought I was a weirdo? I didn’t know. But I did care. There were times I was so miserable that I thought about suicide, not in any concrete planning sort of way, but more of a vague “I wonder what would happen if I just plunged off this freeway overpass and didn’t have to go to school tomorrow?” kind of way. The strange thing is how normal this seemed at the time.

I survived. Eventually it stopped happening. By college and beyond, bullying seemed like a relic of the distant past. Most of the behavior engaged in by junior high and younger bullies would seem bizarre and even criminal if 19-year-old college students tried it. So that means bullying is just something that kids do — right?

Now that I think about it, a lot of bad behavior by (technical) adults directed against other adults could be seen as bullying. What anti-abortion protesters do to women going into Planned Parenthood, isn’t that bullying? What racists and anti-immigrants do, isn’t that bullying?

Maybe bullying never really stops. It continues to happen wherever we think the behavior is “normal” — male construction workers hooting at women who walk past, guys yelling things out of cars, Gamergate.

But what is bullying? Why does it happen in the first place?

At a basic level, I believe bullying is the act of trying to raise your own social status by lowering someone else’s.

Bullying can be an emotionally immature way of dealing with certain types of anxiety, the same way hitting someone is an emotionally immature way of dealing with the fact that they have annoyed you. It requires a kind of narcissism, lack of empathy, and poor impulse control that is fairly typical for kids, but less so for adults. So most bullies grow out of it, the same way most kids grow out of random hitting — a mixture of learning that it’s not acceptible, and maturing to the point you don’t want to do it anymore.

But some people simply enjoy running other people down in order to feel bigger themselves. These bullies can learn not to do it, but they’ll never really grow out of it. They’ll often continue to be eager to do it in any context where they think it’ll pay off

One key thing about bullying, is that it’s directed at perceived weakness. Bullies always punch down. The bully’s satisfaction isn’t from overcoming a challenge or changing the social order, it’s from reinforcing what is, in their minds, already the social order. It’s a fundamentally conservative, even reactionary, act. Not only does bullying use social inequality, it has a vested interest in maintaining inequality. Any move toward greater social equality removes a potential avenue of bullying.

Our society — due to its patriarchal roots — considers femaleness in general, and female sexuality in particular, to be an area of weakness open to bullying. You can bully a woman by reminding her that she’s a woman, or bully a man by insinuating that he’s a woman. That’s why so many of our go-to insults are gendered against women; why harrassment of all kinds is disproportionately directed at women; why threats of rape and other sexualized violence are so common as a feature of bullying.

This brings me to Gamergate, the biggest and most toxic battle (so far) in a seemingly endless war over who “owns” geek culture — actual geeks, as in, people who enjoy geeky things with geeky enthusiasm — or a very specific subset of self-identified geeks, who are male, heterosexual, anti-feminist, and who appear to expect geek culture to provide them with a particular type of sexual and ego gratification.

But why video games? Why now?

I suspect this behavior is driven by video games becoming increasingly mainstream, and increasingly seen as valuable “territory” worth defending. Some Gamergaters would probably tell you the same thing — that they are trying to defend Real True Gaming against the mindless barbarian hoards of Social Justice Warriors.

If that were all they were doing, they might be merely as obnoxious as the people who get all sniffy about defending Real True Literature against pop “genre” fiction. But there is a specific anti-feminist aspect to Gamergate, and this aspect is tied directly into the bullying behavior. They’re not just trying to defend “real” games like Grand Theft Auto against encroachment by the likes of Angry Birds (do people still play that?) or Bejeweled or Farmville. They’re trying to defend the very notion of what it is to be a game or a gamer against an imagined onslaught by “SJWs” who are, by some strange not-at-all-a-coincidence, feminists, and mostly women.

Some of them display a fear that critique will lead to censorship — to such an extent that they routinely assert that critique is censorship. But the dominant sentiment from Gamergaters is “you don’t have any right to be here in the first place, so sit down and shut up.”

One of the principles of patriarchy is that everything belongs to men, unless men have specifically ceded that thing to women, usually because men don’t want it. This is how dull everyday cooking can “belong” to women, while fancy high-status cooking “belongs” to men.

In the world of pop culture, if men don’t want something like the romance genre or the dance pop genre, they’ll give that to us, then mock us for liking it. If we do like it, that is. If we don’t like it — if we prefer science fiction adventure or rock & roll — then we’re allowed to watch/listen as long as we remember that we don’t share in ownership of these things and don’t have any right to offer an opinion about them. We certainly don’t have the right to offer a *negative* opinion about how women are represented, as either characters or creators. It doesn’t belong to us, right? So who are we to question whether women get a fair shake?

The second piece of the Gamergate puzzle is probably the Internet, which is many good things, but is also an ideal environment to foster certain types of bullying. Bully people without leaving the comfort of your home! Bully actual celebrities and semi-celebrities! Get together with other bullies worldwide to share information and validate each other! Behavior that would instantly mark you — in the rest of life — as bizarre, maladapted, and possibly suffering from antisocial personality disorder, gets routinely high-fived on the internet by like-minded people.

Since bullying is an attempt to raise your status at the expense of someone else, it has to be done in a forum where the bully perceives the transaction has been successful. And this, I think, is the real dark secret of bullying — it persists, in part, because it works. We accept it. We give lip service to the idea that bullying is wrong, yet also implicitly accept their dominance claims, blame their victims, and make excuses for the bully.

That’s the part that we all — collectively, as a society — need to change.

And for desert, a couple of delightful cartoons on the subject from Shaenon K. Garrity

2017-09-02
Previous Post: But have you considered, really considered, the science of phrenology?
Next Post: Dear evangelicals, I have a burden on my heart for you