SFC Part 8: Some is not half

(Saving the world from Strong Female Characters so you don’t have to, Part 8 of 9. Really? We’re not done yet? Good lord. )

When we left off, we were talking about feminism-as-cult.

So why are the ladies in despair? Why do they commit suicide in record numbers?

Is it because of me, John C Wright, internationally recognized science fiction author, failed attorney, retired newspaperman, savant and scholar with my fat belly and outrageous beard and nearsighted eyes, my glorious bald spot, my dull swordcane?

Did I suppress you, my dear ladies?

Are women actually committing suicide in record numbers? That seems rather a bold statement. I want to see it backed up. Anyway, I suspect you could easily drive women to contemplate suicide, Mr. Wright, if you locked them up for a prolonged period of time with nothing but your prose for company.

As far as science fiction goes, the theory here is that all the unfairness and unhappiness of history is cause by some sort of undefined and dim half-subconscious miasma or influence of thought, [..] Sorry. My sarcasm gland became inflamed.

I think they have a pill for that now. The theory is that stories cause or at least influence the subconscious mind with a set of expectations,

Well, yes. That’s how stories work. That’s how culture works. Don’t pretend you don’t get it. You’ve just spent roughly the length of a George R.R. Martin novel trying to make a case for “strong female characters” as an attempt by a shadowy conspiracy to influence the expectations of readers in one direction. Are you really trying to claim that it is only leftist-feminists who can possibly influence people through storytelling, and not advocates for the more conservative traditions that you favor?

Hmm, yes, I suppose you are.

I am not clear on the details of how the theory goes.

Boys adventure stories since the days of Treasure Island tend to be an all-boy’s affair [..]So, as far as I can tell, the complaint about Science Fiction having at one time being an all-boys club where women were scarcely ever seen is a perfectly reasonable complaint.

And then things changed, and became way less male-dominated. And then dudes like you started kicking up a fuss. Have I got that right? Look, dude, you should make up your mind. Either feminists have a legit complaint, or they don’t. Stop trying to have it both ways.

And, seemingly by accident, he comes around to a point I would make myself — that “strong female character” is relatively meaningless except as another way to say “prominent female character who I like and am interested in.” One full point.

As a note to both Wright and others — the second one, the female character who is in a starring role and makes decisions central to the plot, we call that a “protagonist.” Please make a note of it.

But here is what it looks like to me, given my limited experience. I have heard C.S. Lewis and J.R.R. Tolkien denounced,

Only in fairly specific ways. For example, Lewis’ treatment of Susan in the final book is controversial. And those who complain about female characters in Tolkien don’t tend to complain about how strong they aren’t, but rather, about their relative lack in both numbers and screen time. LOTR has terrific female characters. Just, you know, not very many of them. 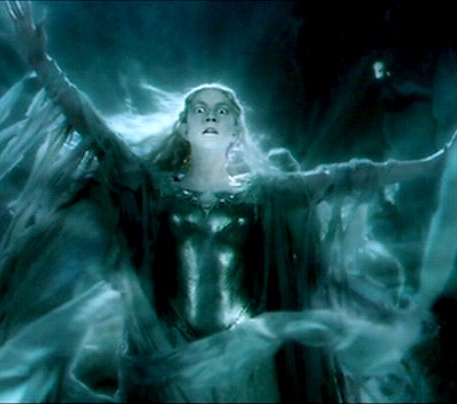 All shall love me and despair!

Now, again, it may be my limited experience, but the only female characters I hear being complimented as strong by the Left are the ones in traditionally male roles, such as military officers, vampire hunters, and vigilantes.

Why, yes, I suppose it must be your limited experience. This doesn’t fit at all with my sense of the way “strong female character” is used. Fans who don’t care for military SF, urban fantasy, or violent stories in general often use it to talk about the female protagonists in romance novels. Fans use it to talk about the female characters in Dean Koontz or the worlds of Joss Whedon. It means nothing because it’s widely used as a catch-all, not because it’s narrowly used to describe only a certain kind of female character appearing in a certain kind of story.

I can speak only for myself. I want strong characters, who are female. Simple enough?

Boudicca, who is probably a strong female character

But as we get closer to parity with written science fiction and fantasy, that appears to be, from the “puppy” perspective, exactly the problem. Their whole campaign has simmered with an undercurrent of something that I would call gender panic (this essay being a prime example).

Whenever they talk about 2014 Best Novel Hugo winner Ancillary Justice, they zero in on an aspect of its style: the English female third person (she, her) is used to indicate the non-gendered third person of the language spoken as a default by the narrator.

This is an interesting choice that ties into an overall theme contrasting identity (which might be distributed, in the world of the novel, across many bodies) with the individual physical body. But as far as the puppies are concerned, it’s the most outrageously outrageous thing anyone has ever done in the history of science fiction.

Further, in their narrative, nobody actually liked the book — nobody found the use of the female third interesting in an SFinal way, providing an intriguing new twist or thought experiment on what is in many ways a classic space opera. No, Wright’s “cultists” just arbitrarily gave it an award because the whole pronoun thing satisfies a box on the political correctness checklist.

have not seen even the slightest trace of the all-boy club mentality ever, neither in any writer nor in any editor nor in any reader.

But why would you expect to see it? You’re a dude, dude. Even if it were there, you probably wouldn’t see it. THEY DON’T DO IT WHEN YOU’RE AROUND.

Myself, I would like to see strong characters of either sex doing things in stories.

I gave this essay the provocative title “Saving Science Fiction from Strong Female Characters”, but in it propose a rather unprovocative idea: namely, that woman can be both strong and feminine, and that one does not need to make them overtly masculine to make them admirable and edifying characters.

Oh. Oh, I see. You were writing clickbait. You don’t actually mean what you wrote. You were being dishonest. Minus all the points.

Also, edifying? Dude, do you think we are writing Victorian children’s books here? 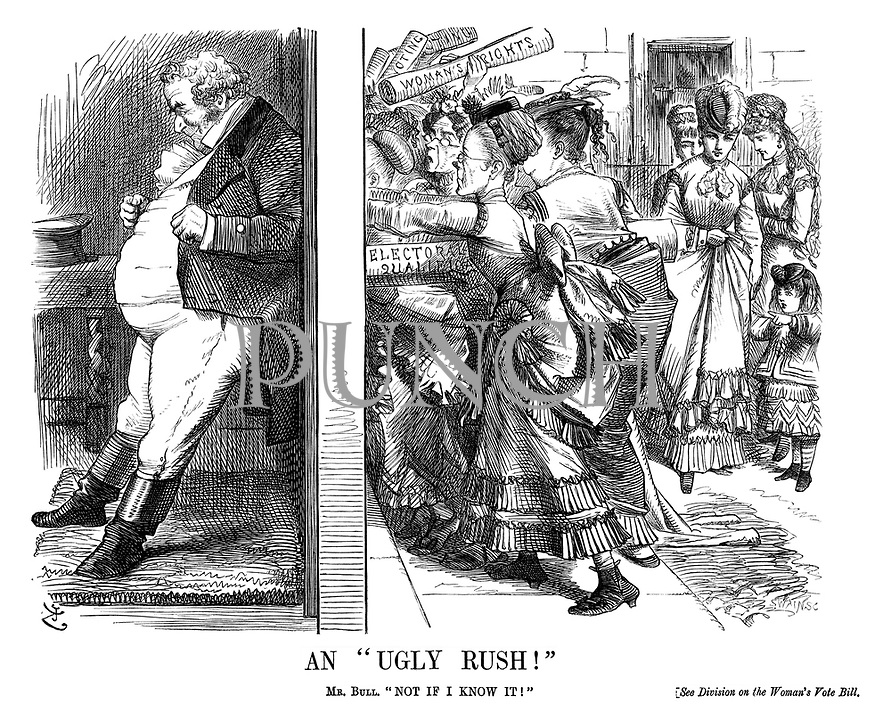 This is actually not a children’s book but I thought it was appropriate.

I propose further that a brief, utterly unscientific survey of pre-1950s science fiction showed a healthy number of perfectly strong female characters even in the most boyish of boy’s literature.”

A healthy number. To be sure. Anything approaching parity? That is, 50/50? That is, the actual ratio of women to men in the real world?

“Virile” and “potent” pretty much mean the same thing. Also, you’ve already admitted that you’re none of those things that women supposedly want from men, except possibly “assertive.” I believe you’re married, Mr. Wright — how do you explain this?

Men like women who are nubile, fertile and fecund. They want a girl worth fighting for.

Dude, that’s what you want. Okay?

And, as a writer, you should pay some attention to word choice.  “Nubile” sounds like the sort of word used by older men creeping on women way too young for them, “fertile” is only relevant if you actually want children, and “fecund” is not only basically just “fertile” again, it’s an ugly word inescapably redolent of “feces.” You use “fecund” to describe things that are fertile in an unpleasant manner. The poisonous vegetation writhing around the tainted well in “The Colour Out of Space” is fecund, not a person you like. 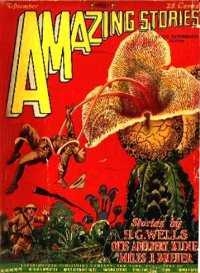 Looks fecund to me

Why does nature saddle us with these, (to a feminist), uncouth and inconvenient urges where different things attract the different sexes to each other?

Look around you. Are all men exactly like you? No? Is every man paired up with someone exactly like your own wife? Of course not. Human experience is extremely varied. Why wouldn’t you expect fiction, especially fantastical fiction, to reflect that reality?

But I want to read science fiction and fantasy. I want to read about a squid person from a planet with twelve genders who steals a spaceship with an ungendered AI and they run off to have exciting interstellar adventures with a crew of misfits that includes a superintelligent shade of the color blue and a singing houseplant and a swarm of mutant space-lobsters that functions as a single entity.

Does that sound “politically correct” to you? Or does it sound — you know — fun?

2015-10-14
Previous Post: SFC Part 7: Funny, I don’t remember joining a cult
Next Post: SFC Part 9: The strong female characters have had enough of your nonsense