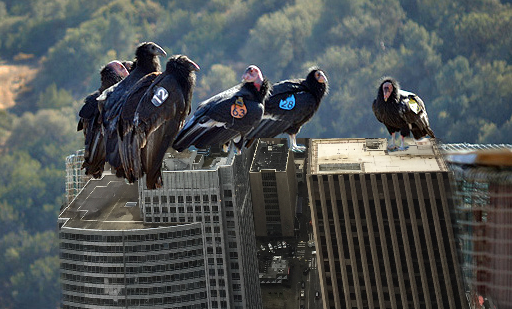 This is a story about the last time I went to church, which was about two years ago now, on one of our final family visits to my grandma in Lewiston. It was a new building, which felt like a concert hall or a commercial establishment. A big foyer entrance, espresso stand off to the left, a staffed “help desk” right in front of the main doors, beige carpeting.

The presentation during the service was self-consciously modern. They had a rock band, drummer isolated behind a plexiglass cage to cut down on the noise. They sang songs I didn’t know, with the words projected onto a big screen in front of the congregation, and no written music.

The band performed a song where there was a part for women to sing and a part for men to sing. The band leader followed that up by telling the congregation that these different vocal parts “Really just got me thinking about how men and women are different, and how that’s so special and important to remember today on Father’s Day.“

I had a weird moment while he was speaking. I went from my usual eye-rolling (perfected during my teenage years) to a feeling of intolerable — pressure. Like I was being squeezed somehow. Like something was clawing at me from the outside and also screaming to get out on the inside. I started to shake, a little bit. I was crying.

“Huh,” I thought to myself. “If I described this feeling to any of the evangelicals around me, they would probably tell me it was a demonic attack. Unless they told me it was the Holy Spirit, trying to fight its way back in after getting kicked out of my heart when I left the church.”

In real life, it was probably a panic attack.

I don’t know why his words in particular triggered a panic attack.

For some reason, during this sermon, the idea of men having a “damaged” relationship with their fathers came up again and again. There was a short, would-be humorous film about an adult man connecting with his father and uncle. It trotted out all the manliest of manly stereotypes: men enjoy sports and fishing, and don’t talk about their feelings. Basically, it was a Tim Allen routine with low-end production values.

The significance of Father’s Day seemed entirely about men and their fathers, not women and their fathers, or fathers and their children. Everything was like a book of clean jokes from the 1950s. Rigid nuclear-family social norms were assumed at every point. Women are this way, men are this way, kids are this way, families are this way. Nobody said anything especially sexist, beyond the inherent sexism of bothering to point out that you think it’s really just so important that men and women are different. Nobody said anything overtly anti-gay, or I would have had to stand up and march right out of there. But it still felt very much like sexism and homophobic behavior were enabled by the general atmosphere.

Social norms enforcement can be subtle, but powerful. If you’re surrounded by people who consistently make certain assumptions about you — that you’re straight, that you’re not a feminist, that you vote Republican — it becomes work to counter that. The burden is put on you to correct other people’s incorrect assumptions, not on them to refrain from making those assumptions in the first place.

And it is a burden, not only because bothering to speak up takes work, but because there’s always that little moment of exquisitely painful social awkwardness right afterward. Like when my grandfather made some joke at my wedding about how it was too bad that I was losing the McGalliard name and my husband (who is socially far bolder than I am) responded with “Good news! She’s not losing it!”

And there was a moment of squirmy silence as everybody briefly looked around and wished they were somewhere else.

All of this social pressure acts to create an appearance of uniformity. Now, this might be an illusion — it’s possible I wasn’t the only person irritated by the music leader’s statement, but it felt like I was the only one. It also creates stress. Stress is unpleasant, and if you want to escape it, you have two choices: you walk away, or you conform yourself to the social norms.

Which one you choose has a lot to do with where you are to start with. It’s not a powerful enough force to get a really passionate egalitarian feminist (like me) in line with the patriarchalists and complementarians, but it will push fence-sitters in a more sexist direction. In order to maintain social harmony, they’ll pick an aspect of traditional sexism that they think they can sincerely express, and try to steer a reasonable-sounding middle line between their real feelings and a bunch of straw feminists. “Oh, I don’t think women should give up the vote, but those feminists who want women to be just like men go too far.”

You see how it works?

Even if this “middle ground” was somewhat arbitrarily chosen at first, the very act of saying the words tends to bring the speaker closer to the sexist viewpoint. And the same technique works in any area of sociopolitical controversy. “I don’t think abortion should be illegal but some of those women — they’re so irresponsible! Using it for birth control!” “I don’t think poor people should be dying in gutters of starvation and easily-preventable diseases but — so many of them are just abusing the welfare system!” It’s an exploitation of the human consensus-seeking instinct.

Anyway, if you want to know how all those nice-seeming church people can support all those right wing atrocities, this is how.

Where was I? Oh, yeah, sermon. The sermon was kind of boring and I don’t remember any specifics. I spent much of it reading passages from the King James Bible on my e-reader. I also read the bulletin, or program, or whatever you call that thing they hand you when you walk in the door of a church. It contained an insert called the Alliance Call to Prayer, which seemed to be some kind of denomination-wide publication.

This bulletin contained a rather fascinating article from a missionary, a “new mom” who “serves with her husband” in a “bustling African city center” as part of something called “marketplace ministries.” This new mom tells a story about being awakened in the middle of the night with a “quiet peace, like an invitation.” She went over to the sliding glass doors that look out over their neighborhood and asked God “Why am I here?” Then, according to her, “God opened my eyes to see beyond the physical.”

“I saw five or six huge creatures, like vultures, perched on the rooftops. Each one was about 10 feet tall with sharp, gnarled claws and beady eyes. One of the creatures lifted its wings and rearranged them against his dark body, as if he was uncomfortable. [..] Another looked over my way with irritation and annoyance. I realized the two creatures wanted to come over to our building, but they couldn’t.”

“It doesn’t take a theology degree to understand the significance. We live in an area where territorial demons [..] are being kicked off their perches as the light of Christ overcomes the darkness.”

There are so many odd things about this story, but the first ones to jump out at me were geographical and historical. What African city? What country? What region? And to assert that the light of Christ is just now overcoming the darkness? In a “bustling city,” where they have sliding glass doors and the Internet and books and stuff? In Africa, where people have been Christians since the very beginning?

Right, Missionary Mom, I’m sure you’re the FIRST CHRISTIAN EVER to set foot in this bustling city. The first Christian in two thousand years. That totally makes sense.

As a Fortean, I can’t dismiss outright the idea that people occasionally have visions, or that the world is full of normally invisible creatures. But, from a Fortean standpoint, it isn’t a very good story. It doesn’t have any of the surprising but plausible little details that mark a really good “it happened to me” story of the uncanny. Her vision has no real-world consequences or confirmation. And her “demons” are pretty un-menacing. When I try to picture giant vulture-like creatures perched on top of buildings and ruffling their wings in vague annoyance, it always comes up adorable.

(The picture at the head of this article depicts California Condors Photoshopped onto some buildings in Seattle. Condors are huge creatures pretty much exactly like vultures, and they are adorable, and also endangered, so be nice to them.)

Why is she so sure they’re demons, anyway? What if they’re a kind of angel? What if she’s getting the message backwards? What if she’s in Africa so that her eyes will be opened?

In church, nobody asks these questions.

Evangelical culture is appallingly credulous. This story is presented without any kind of — vetting, I guess? I mean, where in the Bible does it talk about “territorial demons”? (Hint: nowhere.) And it’s not like she gets some great spiritual insight out of this vision. It doesn’t give her anything new to say. It merely “proves” that she is in Africa literally fighting back demons, and all she has to do to fight them is — be a Christian, hang out. Because the creatures can’t come over to her building, right? It’s not like she did anything special to keep them away.

I have no idea if I was the only person there that day who read this little insert and thought, “what an enormous pile of nonsense.” But it sure felt that way.

Later on, though, I couldn’t stop thinking about that weird panic attack. It resembled PTSD, but it seemed so absurd to think I could be that messed up just by church. I was never actually assaulted or anything there, even though I know many people did experience that kind of abuse. All my traumatic church-related events were just church being church. Telling me I was going to hell if I messed up, instilling me with intense shame and fear, attempting to indoctrinate me into patriarchal submission, making me doubt myself and my own perceptions — you know, all the normal church stuff.

Maybe there’s something wrong with the normal church stuff.