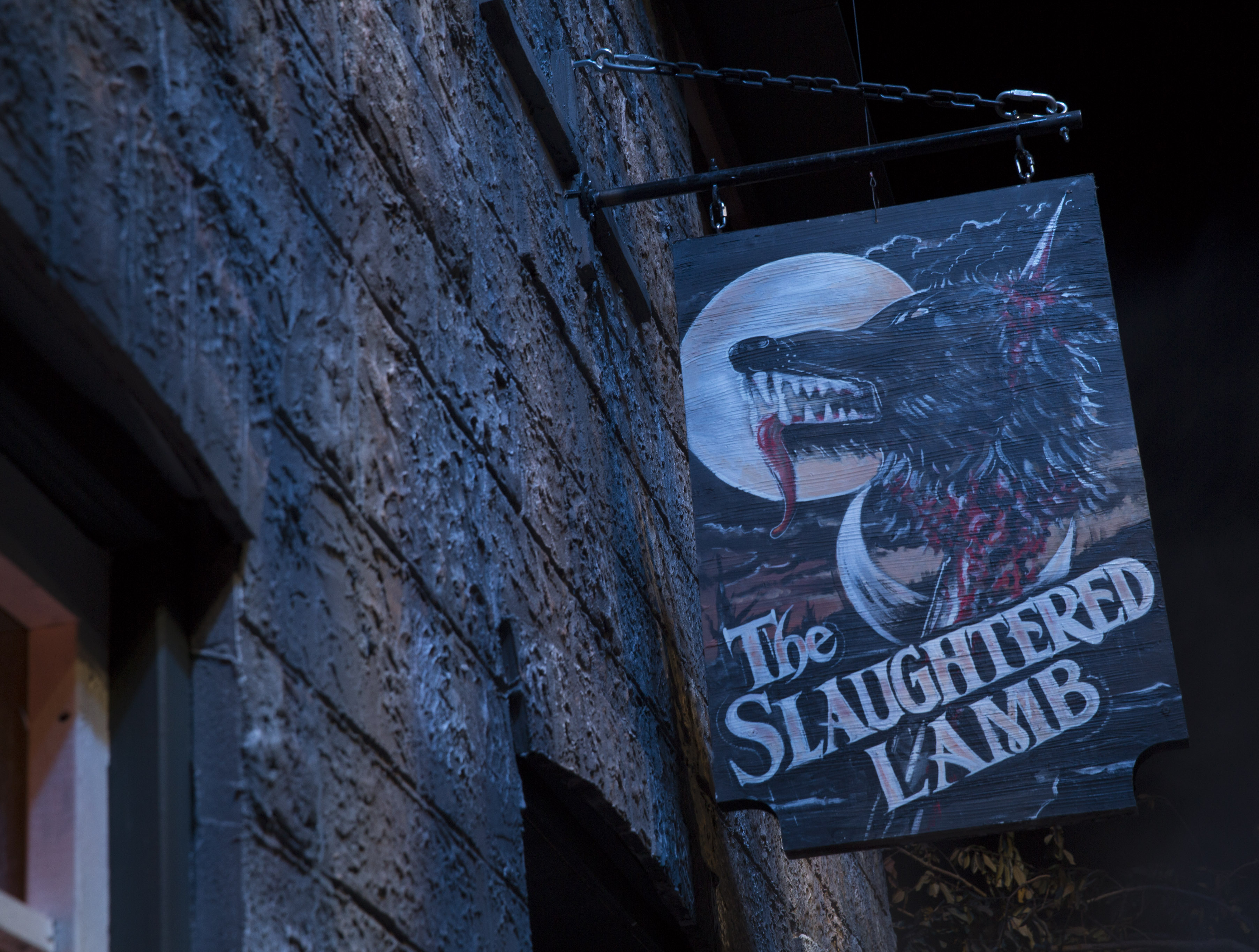 It’s Rougarou Month here at Goth House Press to celebrate the upcoming release of Stripping Down to Scars.

Inspired (sort of) by this article about 1981 werewolf movies from the Los Angeles Review of Books, I wanted to talk about the movie An American Werewolf in London.

In 1981 I was 15 and lived way the heck out there in suburbia with no fellow horror fans around, so I didn’t have any practical way to watch horror movies new in the theater. But I was a dedicated watcher of Siskel & Ebert, and sometimes they would review a movie that I wanted to see with such fervor that the desire still resonates, decades later. A lot of these fall into the category “funny horror movies.”

It wasn’t always a movie they enjoyed — one reason I respected Roger Ebert as a reviewer is that he could review a movie he didn’t like very much with enough fair-mindedness that I could still tell that I personally wanted to see it.

He didn’t like An American Werewolf in London much — his review at the time is thoroughly middling. I can’t argue with most of the weak points he cites. Not a lot of character development, no. Spectacular set pieces, followed by “long stretches when nobody seems sure what’s going on.” And it also has an extremely basic plot, essentially the same plot as the 1941 The Wolf Man plus sarcastic zombies and a body-horror transformation scene.

Werewolf stories in the classic mode have an intrinsic problem: the full moon only comes around every 28 days or so, which means you’re basically spinning your wheels on the werewolf plot unless you have something else going on. In AAWL, that wheel-spinning happens entirely in the hospital, where it takes David Naughton’s character David a really long time to recover from getting attacked by a werewolf, and he has a bunch of nightmares, plus a visit from his cursed zombie friend Griffin Dunne (Jack) urging him to kill himself and break the curse.

Naturally he’s a little reluctant to do this. In fact, even when he starts to believe the zombies about what’s going on and tries to kill himself, he can’t bring himself to do it. Then his wolfy self goes on a rampage, gets shot by the cops (regular bullets), dies, and transforms back into human form for a moment of pathos before the end.

The LA Review of Books article spins the movie into a metaphor about self-indulgence, an analysis I find a little suspect because of this:

Shortly after being infected, Kessler dreams of animalistic humans invading his family’s suburban home. They tear viciously through his family, using automatic weapons. They wear flak jackets. One has a shaved head; another has what looks like a Mohawk. They look visually similar to the London punks that Kessler encounters on the Tube a few scenes later. They destroy the tidy kitchen, kill the children watching The Muppets, and set the home ablaze.

Except… the nightmare invaders are clearly styled to look like Nazis, and the home is clearly signaled as belonging to a Jewish family.I think missing that probably means you’re missing the point of the scene, and possibly the point of the whole movie. And just in case you’re still inclined to miss that sort of thing, the nurses also have a scene where they giggle about David’s circumcised penis.

The Nazis borrowed werewolf mythology for both official operations and a guerrilla movement toward the end of the war, an association that continues:

According to von Hodenberg, “In American popular culture, the image of the Nazi and the werewolf often merged. This was taken up by the Bush administration during the Iraq War, when Condoleezza Rice, Donald Rumsfeld and President Bush himself repeatedly compared insurgents in Iraq to werewolves, and the occupation of Iraq to the occupation of Germany in 1945.” Even today, analysts have used the Nazi werewolves as a comparison for ISIS fighters.

The nightmare in AWWL expresses the character’s fear of becoming the enemy of his own family, his own people. But also, possibly, fears of being cut off from his family. There’s a scene after his first night out wolfing where David wakes up, naked, in a wolf cage at the zoo, with the wolves staring at him in a bemused fashion. Just like the zoo in Cat People (1982) it has the look of a bleak prison for animals, and… was that what zoos looked like in the early 80s, because that is horrifying. The scene kicks off a humorous sequence where he tries to get back to his girlfriend’s apartment while naked, using bushes and a kid’s balloons and eventually a stolen women’s coat as a cover-up. But why was he in the wolf cage? Was he searching for companionship? Wait, how did he get into the wolf cage? Never mind…

I’ve watched the movie many times, so obviously I like it. I’ll never stop cracking up the trope of a person trying to make their way home through a major city, naked. (Which is why I borrowed it for my books.) But there are certain things about the movie that bother me, particularly upon re-watching.

For one thing, I’ve never been entirely sure what to make of the fact that David absolutely has to die, by the logic of the werewolf curse, and that so much of the movie involves phantoms only he can see, urging him to kill himself in order to save everyone else. It seems like there’s a metaphor there, but I’ve never parsed out what it is.

Another I’ve never been sure about the behavior of the original werewolf and the people in that pub.

David and Jack are backpacking across rural England, it’s raining really hard, and they go into the nearest pub, a place called The Slaughtered Lamb. Everybody inside is creepy — they obviously have A Secret, and become increasingly hostile and threatening as the strangers ask innocent questions like “hey, what’s up with that pentagram?” Finally David and Jack decide to leave, and most of the pub-goers are like “good riddance, foreigners” although the bartender expresses a few qualms about letting them go back out there.

The first time you watch the movie, that scene sort of makes sense on an emotional level — it’s the experience of walking into the “wrong” pub where everybody supports the other sports team — but when you know what happens later, it doesn’t make any logical sense at all. The people in the pub act like there’s not only a werewolf out there who they’re afraid of, they act as if that werewolf is their liege lord or something and they’re prevented from telling anybody about him.

But it still doesn’t make any sense, because they’re trying to drive the strangers out of the pub, not keep them from going to the spooky castle for reasons they won’t say. Why do they want the two American tourists to leave so badly? They clearly know what’s going to happen. Does the werewolf demand a certain tribute every full moon and they’re glad to make it a couple of strangers? Do they think letting the strangers get attacked will break the curse on their own village? Do they deliberately summon the werewolf for nefarious purposes and not want to get caught?

Or, were the people in that particular pub just getting really sick of American tourists? So sick that they thought it was a good idea to let them get eaten by werewolves?

The Slaughtered Lamb wasn’t a real pub then, but it is one now.