Witches January Roundup! How do you start your writing year? 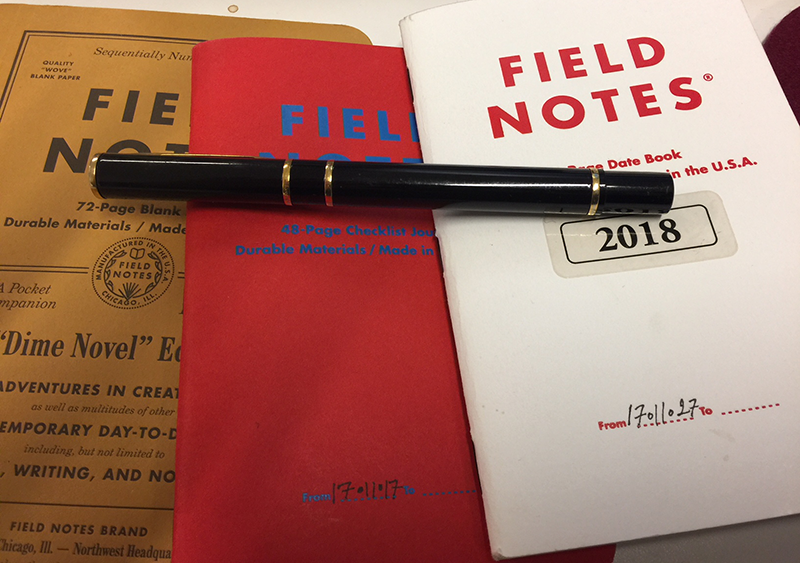 Lindsey:
Writing Resolutions: I’m not one for New Year Resolutions, per se. I find they fill me with guilt and shame – and as Daniel José Older tells us, guilt and shame about writing are a good way to talk yourself out of writing. So instead of a resolution, I have a goal. The goal is to write the story. How I get there doesn’t have to be perfect, and isn’t about “Writing Every Day.” It’s about letting myself remember that I love to write.

This past year plus I’ve been fighting through a writing funk — fueled by sadness with what happened around publishing my first book, and a near-constant rage regarding the state of the world at large, I’ve found it very difficult to write, and to feel like what I write matters. So I’m trying forgiveness this year – forgiving myself for being human, each time I write. Finding my creative flow, and not castigating myself for not having flow, and just writing the scene, good or not.

Some of the ways I’m doing that include (so far): making writing dates with myself – schedule a time, maybe at a restaurant or a coffee shop (usually when I’m in between other life things, but I have some time). Sometimes it’s on my own couch under blankets. Just try to meet that scheduled time. Playing my writing playlist and thinking about the fun parts of the story. Remember that I’m not perfect, and the words don’t have to be magic. If I can’t come up with the scene, maybe just make bullet points of what I might want to happen in that scene. Maybe write the scene from a different character’s perspective. Brainstorm and daydream and know those things are creative, too. The goal is to write, the why of the writing is because I love story, because I love this story, and I want to tell it. I don’t have to be a majestic unicorn to do it, and I don’t have to have written yesterday or the day before, and I don’t have to feel constant shame that I didn’t write then. I’m writing now.

That’s basically my goal, and I’ll let y’all know how it goes. Also – thanks, Daniel. ☺ I appreciate the advice.

Jasmine:
I lean on my background in project management and production for plotting my writing year.

I’ve earned that drafting works best when done in enormous chunks on a condensed time period (like NaNoWriMo). Rather than beat myself up for not “writing every day,” I’ll earmark big blocks during the year to draft novels. This also works because the rest of the time I’ll be catching up in the publishing department—I hope to get both book two and three out by December.

I’m preparing for each block getting the basics in order: timing and research. My first chunk will be in the March-April timeframe. The kidlet is in school, and my mom will be here for a week (hooray childcare!) so I might even escape for a mini-writing retreat. I’ll stick with November for the other block, because I love the NaNoWriMo community.

I don’t worry about every aspect of the book when I write. I like to have a general idea of characters and background about their experiences (traumas, occupations, hobbies). My current research list includes: auto mechanics, violas, construction work (in Prague), child refugees, the American crow, and tax evasion/accounting fraud.

The other thing I consider preparation for writing is reading. My goal is to read more non-fiction, related to craft and other subjects. The most recent intersection of this has been Wired for Story by Lisa Cron which applies neuroscience understanding of the brain to how and why certain fiction techniques work. The geek in me loves it.

Aynjel:
Pants! By which I mean, when I write, I’m much more of a pantser than a planner; when it comes to my writing goals I’m not much different. I have multiple stories (*cough*novels*cough*) in various states at any given time and the general over-arching goal is always “Finish them! Finish them all!” Obviously, that’s not a thing that is going to happen in a single year, so I have to take five giant bunny steps back to look at what’s in my files, where the stories are in the overall process, and what is the best thing that I can do next to finish.

Say I’ve got the mostly-solid first draft of a novel that is in need of revisions (I do), a pile of novelettes that actually want to be smushed together and then expanded out into a novel or two (I do), and a shiny new idea that’s nipping at my ankles like an over-excited puppy (I do, a whole half-dozen litters worth of puppies, uh, ideas). Looking back at my “Finish All The Things” goal, that shiny new idea isn’t necessarily the thing to tackle first, but it’s also not necessarily a thing to shove completely to the side. Writing new words uses a different part of my brain and writing energy than “revise that novel”.

Setting goals in the moment means, for me, first determining what I have the energy and mental bandwidth for, and then using that to move toward “The End”. If I’ve got the energy to write for fifteen minutes, then I pick the story that’s waiting for more new words and go for fifteen minutes. If I’ve got two hours and enough mental bandwidth to revise, then that’s what I’ll do. So I end up moving around in my writing projects trying to support the high-level goal of “Finish them!”

For this year? My focus is on getting that novel revised and the novel’s sequel sketched out. The other two projects will get attention as I need to procrastinate and I’ll probably use NaNoWriMo to give me a boost toward a drafty “The End” on whichever of the two is closest to that point when October finishes up.

Julie:
Like Lindsey, I prefer to set goals rather than make resolutions. Resolutions are like promises — an invitation to the perverse forces of the universe to, somehow, force you to break them. And then they’re broken.

A goal, on the other hand? You can strive toward a goal, fail to meet it perfectly, and still come out ahead. My goal last year was to get Book 2 of Tales of the Rougarou (Stripping Down to Scars) out in publication, but the road from “finally! a completed draft I’m reasonably happy with!” to “actual production files that can be made into books that people are able to purchase” turned out to be longer than I was hoping. (My goals are sometimes overly ambitious.) So getting Book 2 out in release is a goal for this year, as well as moving Book 3 to the “completed draft I’m happy with” stage.

Goals don’t get accomplished until I break them down into steps and set timelines. I’m semi-obsessed with organization systems and have tried all sorts of variations on Bullet Journals and Getting Things Done and Evernote and Google calendars and spreadsheets and Moleskine hacks and Day Timer and Field Notes and… okay, maybe a lot obsessed.

Do I actually need to map out my year in five different ways? Yes and no. Every time I draw a picture of it, it becomes a little bit clearer and more solid in my mind, whether I’m marking my planned trips and conventions out on my shared Day Job calendar as well as my main Google calendar, or whether I’m writing down that dentist’s appointment in my Day Timer (which lives at my Day Job desk) as well as my pocket calendar (which travels around with me.)

On the other hand, I probably don’t need quite as many Field Notes as I have. But who’s keeping track? (And their special editions are soooooo cooool.)