A plague of toddlers 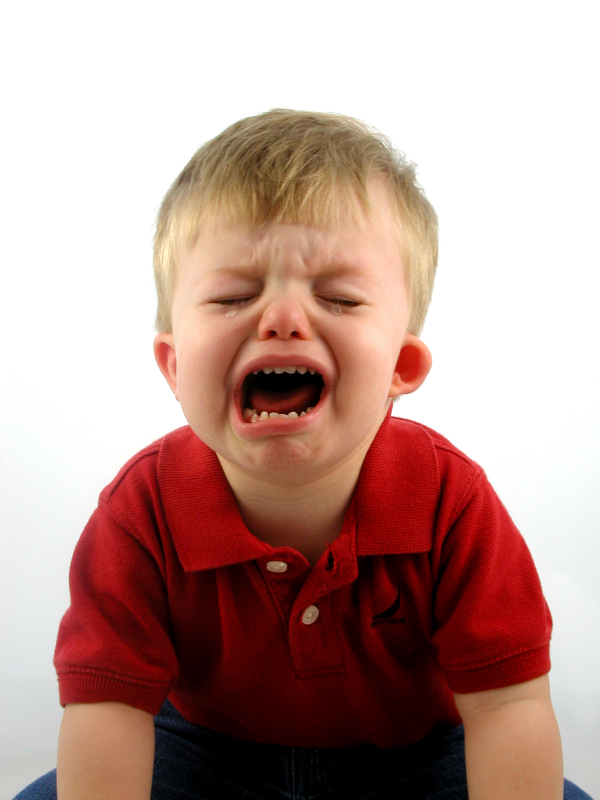 Peggy Noonan, a Reagan-era conservative, recently wrote an essay criticizing Donald Trump for being “Woody Allen Without the Humor.” It delivers some truth about Trump’s own character flaws. He is indeed “whiny, weepy and self-pitying” and possessed of a “mad, blubbery petulance.”

But it also hits heavy with eye-rolling traditional masculinity framing about “the way American men used to like seeing themselves [..] the strong silent type celebrated in classic mid-20th century films—Gary Cooper, John Wayne, Henry Fonda.” vs. male characters who “couldn’t stop talking about their emotions, their resentments and needs [..] self-justifying as they acted out their cowardice and anger.”

So, where did this new style of male character come from, exactly? By tying him to Woody Allen, Noonan implies that he is an invention of liberals, Hollywood, perhaps even feminism.

For forty years now, since the dawn of the Reagan era at least, politicians and pundits on the right have been pushing the button of “aggrieved entitlement” as a way to get resentful white men to vote for Republicans.

And every single one of these these low-down dirty characters is taking something away from you that is rightfully yours. They’re taking your Job! Your Guns! Your Country! Your Freedom! Your precious masculine essence!

Doesn’t it make you, oh, so very mad?

Listen, while we tell you all about their newest outrage!

And damn, if it hasn’t worked beautifully to deliver a reliable Republican voting bloc.

But it has also delivered  this Trumpian sort of man, this overgrown toddler who throws a wild shrieking tantrum every time things don’t go exactly his way, who never takes responsibility for his own behavior, who can’t handle the tiniest challenge or setback, let alone anything like real adversity. Those repeated, escalating hits from the addictive crack pipe of aggrieved entitlement have, like any addiction, warped him, hijacking his brain and destroying his personality.

He believes he is entitled to literally everything, including other people’s bodies.

He is aggrieved by literally everything, including other people daring to exist.

What sort of man would throw a fit over female comic book editors drinking milkshakes or stage an Internet-wide harassment campaign because a woman made a video game ? What sort of man would gang up with his buddies in order to rough up a diminutive middle-aged woman, then crow about it online like it’s some sort of victory?

What sort of man could have everything any ordinary man could ever want — fame, millions of dollars, impeccable trophy wife, dutiful children, literally President of the United States — and still spend all his time moaning about how he’s so hard done by? Nothing is his fault. Everyone is treating him so unfairly. Waaaaahhhhhhhh!!!!!!

I mean, seriously, Republicans, your president is a whiner. A whimpering little baby-man. I don’t believe we have ever had a president with that particular character defect before. It’s rather shocking.

The right is constantly fretting about how we don’t get “real men” anymore, “real” usually assumed to mean the “strong, silent type” Noonan references. They almost inevitably blame feminism for this lack. They also tie it vaguely to surface-level lifestyle choices — you know, a real man goes out to the wilderness to punch bears, and now everybody’s “metrosexual” instead, and feminism did it.

Blaming “feminism” comes naturally to patriarchal culture, because one of its axioms is that men never choose to do anything, except as a reaction to something a woman chose to do. In everything from sexual assault on campus to ordinary domestic happiness, male behavior is conceived of entirely as a reflection on female behavior. In a practical sense, this means that women are constantly being lectured, harangued, scolded, shamed, cajoled and given “helpful” advice about what we’re supposed to be doing and how is that not what we’re already doing, what’s wrong with us, how can we be made to do better?

This bias, that only women make choices, is deep and insidious, a framing idea that rarely gets engaged directly. Even people who like to think they’re being feminist will perpetuate it.

I think the way this patriarchal dynamic was “supposed” to work — in 1955, say — was that if women were successful gatekeepers of the power of sex, they would, as a consequence, have enough leverage to “force” men to become responsible adult-type humans. Married, respectable, job-having, hat-wearing, more or less faithful. And if some men dropped out of the system to become rakes or scoundrels, well, that was balanced by the women who dropped out of the system to become courtesans or adventurers.

This system never worked as well as anti-feminists like to pretend it did. But when it started to crumble, as a result of feminism AND ALSO OTHER BIG SOCIO-ECONOMIC CHANGES, it left men in a strange, paradoxical position. Women, already accustomed to making considered choices and fretting and doubting and hyper-analyzing our own behavior, continued to do so, and thus adapted to the new world with a relative degree of success. Men, accustomed to doing whatever they felt like in the moment and imagining a woman must be to blame for it, continued to do that.

It was, perhaps, less successful as a life strategy.

Over time the young man of Bruce Springsteen’s “The River” — trapped by patriarchal expectations into a blue collar union job and disappointing marriage after getting his girlfriend pregnant — turned into the young man of Green Day’s “Longview” who doesn’t have a job or a girlfriend or a purpose or anything to do with his days.

Susan Faludi writes in Stiffed about how men — white men, anyway — feel betrayed by the collapse of the implicit social bargain, in which being the guy in “The River” was what awaited you if you didn’t succeed. That was supposed to be your fallback position, the worst thing you had to look forward to: a “manly” life (married, kids) and a “manly” job (in a factory or a coal mine or whatever — you know, something where you get to look like that guy on the cover of Stiffed, anyway) and “manly” hobbies and “manly” self-respect and so on.

And it’s not like Stiffed guy is wrong, exactly, to feel betrayed by his society for making promises that don’t come true, for telling him “behave in this manner and be rewarded” and then going “lol, no, on your own, sucker.” But also, dudes, if it pisses you off to follow all the rules and do what they tell you and not get rewarded for it, let me explain to you the history of patriarchy and what it has done to women.

Traditional patriarchy has ripped all of us  off, okay? You could be helping us fix it, and — what? No? You’d rather throw a tantrum and stew in your own resentments, proud deplorable that you are?

Can you imagine Gary Cooper participating in something as vicious and tawdry as Gamergate? John Wayne getting together with several of his fellows in order to rough up a woman? Henry Fonda bragging about sexual assault or whimpering about how everybody’s picking on him?

Maybe economic changes have robbed you of the chance to have that manly union job, but you know who gives/denies jobs? Not feminists, that’s for sure. Bosses. Companies. Larger economic forces. You can work really hard to bring back the racism, nuclear-family patriarchy, and casual misogyny of 1955, but none of that is going to bring back the economic conditions of 1955. None of that is going to get you that manly job, that manly life you feel entitled to.

You have to learn to be a real man without any of that, okay? And the first step toward becoming a real man is to face the truth, however unpleasant. You have to break your addiction to that aggrieved entitlement you’ve been huffing for so long. You have to recognize that you are entitled to no more, and no less, than any other human on the planet. You have to recognize that focusing constantly on your sense of grievance, always looking around for somebody else to blame, somebody to punish, has made you weak in character and unpleasant to be around.

A guy who works as a nurse or office assistant is more manly than you if he’s in control of himself and takes responsibility for his own actions, if he treats people with respect. A real man must be, above all, a man, which is to say an adult, and not a spoiled, tantrum-throwing two-year-old.

So, Ms. Noonan, and any other Republicans who might find the simpering weakness of your president to be distressing, this is a monster of your own creation. Stop treating men like overgrown toddlers, and maybe they’ll stop acting that way.

2017-08-29
Previous Post: Clarion West Write-a-thon 2017: Week 5 progress report
Next Post: But have you considered, really considered, the science of phrenology?