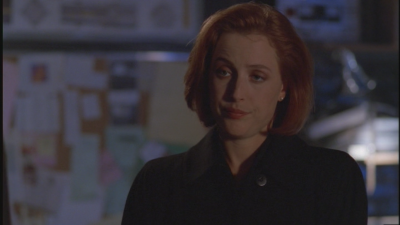 “How much is BIG BROTHER paying you to spout his lies?”

This was the text of a direct Facebook message from a friend-of-friend 9/11 truther who apparently got sick of arguing with me in public and thought he could bait me into duking it out privately, with an insult so bizarre that I’m not sure whether I’m more annoyed or amused.

(Lie. I’m more annoyed, obviously, which is why I’m writing this, in order to tip the balance toward being amused.)

How much is big brother paying me? What kind of question even is that? What answer are you looking for, dude? Something like, “I get paid exactly $12.95 each month on retainer in order to argue with 9/11 truthers whenever I happen to randomly run into them on a friend’s FB post”?

Okay, let’s pursue that. Let’s say that I am getting $12.95 per month in order to argue with truthers wherever I happen to find them. Who is cutting my checks? It’s almost 2017, who could possibly be so invested in preventing the “truth” of 9/11 from getting out there that they would be funding people like me to argue against it on Facebook? Who exactly is “big brother” supposed to be? The Obama administration? Dick Cheney? Donald Trump? Wolfram & Hart? Satanists? The CIA? The FBI? The Elders of Zion? The Talamasca? Opus Dei? Skull and Bones? Amazon.com? Fox News? CNN? Ordo Templis Orientis? Scientific American? the Freemasons? Popular Mechanics? The Illuminati? The Knights Templar? The Vatican? The Reptoids?

It’s a wide open field, and I’m dying to know who you think has got that much skin in this game.

How long have they been paying me for this? It has to be since 9/11/2001, right? Because it’s not like the truther explanation was ever the official explanation, so if the only reason most people currently believe the official “lie” is citizen propaganda (i.e. regular people like me arguing with randomly-encountered truthers on Facebook and other online media), we have to have been at it right from the beginning. Was Facebook even a thing in 2001?

Let’s see… according to Wikipedia, “Zuckerberg wrote a program called “Facemash” on October 28, 2003” so, no. But online was certainly a thing. So I must have been arguing with truthers in some other online discussion forum, which I cannot now recall.

So let’s see, 15 years, 180 months, that comes out to $2,331. I suppose that’s not much, if you’re the Illuminati. But they can’t be paying only me. For example, on that very same Facebook thread, my dad got into it with that very same truther. Is my dad getting paid? We’ve never discussed it. I’ll be sure to ask, the next time I see him. (If it’s more than $12.95, I’m going to be very upset with the Reptoids and their obvious sex discrimination.)

Anyway, since my non-truther view is actually the default, majority view, they must be paying an awful lot of people. Let’s assume, for the sake of estimation, that the number of people being paid by “big brother” to argue with truthers on Facebook is roughly equivalent to the number of people who voted for Hillary Clinton: 65,844,610, compared to 62,979,636 who voted for Donald Trump, and compared to the total US population of 318 million.

“The low wages paid by businesses, including some of the largest and most profitable companies in the U.S. – like McDonald’s and Wal-Mart – are costing taxpayers nearly $153 billion a year.

After decades of wage cuts and health benefit rollbacks, more than half of all state and federal spending on public assistance programs goes to working families who need food stamps, Medicaid, or other support to meet basic needs.”

Wow. Could it possibly be a coincidence?

Yes. Yes, it could. But it also puts things into perspective — certainly, 153 billion isn’t completely out of line, as a dollar amount a huge and wealthy entity like the Vatican could spend on a thing.

And yet, all of this spending, over 15 years, has left no public trace. There is no record of it at all. No physical cashed checks. No suspicious electronic flows of money from one place to another place. No shifty-eyed people all spending our ill-gotten $12.95 on the same day of the month, nodding furtively at each other as we buy a latte or something, consulting our battered wallet cards of “anti-9/11-truther facts,” regretting that we signed up for this program 15 years ago when $12.95 still seemed like a lot of money, and really, we’d all like to just keep silent when other people claim 9/11 was an inside job or whatever, but what can you do? You can’t quit the Freemasons. They will straight-up murder you !!!JUST LIKE THEY KILLED MOZART!!!

So, in case my sarcasm isn’t quite obvious enough, I think truthers are ridiculous. And to have a truther suggest that the only reason I bothered to argue with him on on Facebook is because I’m being funded by some shadowy anti-truther entity is ridiculous turned up to eleven.

I argue with truthers for the same reason I argue with creationists, climate-change-deniers, anti-vaxxers, and people who deny the racism of Donald Trump’s campaign: because they make me angry.

I argue with truthers because I care about the actual truth. The real truth. The plain truth. The truth based on facts. And that truth, based on the findings of the 9/11 Commission, is that the Bush Administration could be considered culpable for 9/11 because of their incompetence and poor decision making.

That’s serious stuff. And yet we, as a nation, have never really held the Bush administration responsible. Even as 9/11 was happening, the media narrative was shaped to be “nobody could have predicted!” even when people did, in fact, predict “Bin Ladin Determined To Strike in US” and “We all must put our trust in George W. Bush as the only one who can keep us safe!” even after he had already failed to do so. As a nation, we slid from “support the Iraq invasion or else, you traitor” to “wow, that Iraq Invasion was kind of a mistake, wasn’t it?” without ever stopping to hold Bush or the Republicans in general accountable for their misdeeds. The only person we, as a nation, ever seemed interested in blaming for the Iraq Invasion was Hillary Clinton.

Truthers are just more of the same, only more aggressively ridiculous. They aren’t focused on holding George W. Bush or Dick Cheney or Republicans or the media accountable for any of their failures. Instead, they zero in on breaking the laws of time and space in an attempt to “prove” you can’t fly a commercial jet into a skyscraper, and that even if you did, it would not cause the skyscraper to crumble in the manner in which the twin towers fell.

How much am I getting paid? How much are you getting paid? Nothing. I’m guessing, nothing. I mean, that’s what most people get paid to argue. You argue because you want to, because you think other people are wrong, and you’re right, and you want to make your case. Understandable, even if I think your case is ridiculous. Humans work like that. We like to argue.

No, I can’t possibly be arguing with you because I think you’re wrong. Heaven forfend.