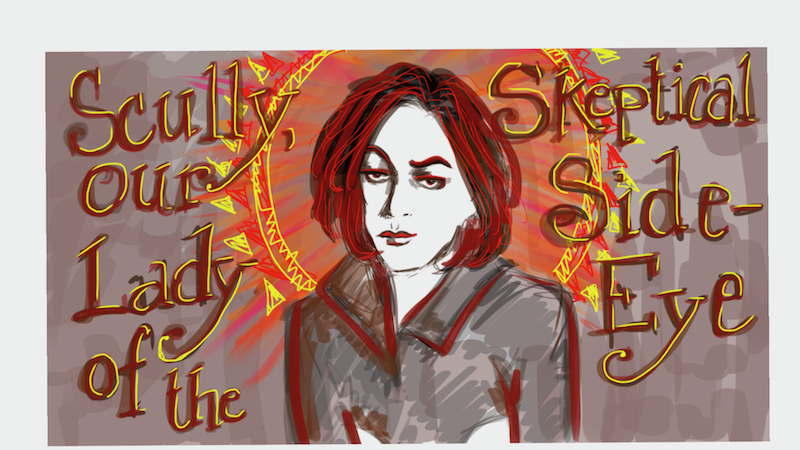 Hello everyone and welcome to the first day of the 2017 Clarion West Write-a-thon, where you can sponsor me, or sponsor another writer, or sponsor all the writers. Sponsor somebody who isn’t me just to spite me! It’s okay!

I realize it’s become one of my traditions to write weekly essays during the Write-a-thon, so if you’re just dying for me to write about something other than politics for a change, you’re in luck! (Fair warning: there might still be politics.) My three topics for this essay: Father’s Day, science fiction, and skepticism.

My dad introduced me to science fiction, science, and Christianity. This might seem like an odd combination, but it doesn’t have to be. I like C.S. Lewis’s theological writing and fantasy more than his science fiction, and I like Tolkien more than Lewis, but it was my dad who introduced me to all of them. Sometimes by talking about them in a way that made them sound interesting, and sometimes just by leaving certain reading material around the house.

Why were some of the first books I read Doorways in the Sand or The Ship Who Sang or Have Spacesuit, Will Travel? Because they were there. Why did I read, throughout the 80s, nearly every issue of Asimov’s, Analog, and Fantasy & Science Fiction? Because for a while, while I was in high school and college, my dad subscribed to all three of them. So I got the pleasure of reading now-classic stories like Roger Zelazny’s “24 Views of Mt. Fuji, by Hokusai and The Last of the Winnebagos by Connie Willis when they were new, and also talking with my dad about them.

My dad always believed I would pilot a starship one day. But as it turns out there are no starships, and I’m kinda claustrophobic anyway. Still, his resolutely non-gendered expectations for my future were inspiring. Something I wish for all little nerd girls everywhere: may your father believe in the power and worth of your brains, and always have your back.

One of the things my dad liked to talk to me about, when we had read the same SF story, was how plausible the science in it really was. So it was my dad who first let me know that radiation exposure is extremely unlikely to result in awesome mutant powers. Instead, it’s just terrifyingly bad for your health.

And, you know, that’s disappointing, but you have to go with the evidence, right?

My dad, in spite of being a fairly devout evangelical Protestant, explained evolution to me. “It’s not survival of the fittest,” he said. “It’s the survival of everything that can survive.”

I don’t know if he remembers phrasing it in exactly that way, but it stuck with me. Evolution doesn’t have a point. It’s not an optimization process. There’s no “best” or “fittest” or “pinnacle.” Much of our thinking about evolution — particularly that oft-parodied “Ascent of Man” image — is based on 19th century misunderstandings of Darwin’s work, some of them quite deliberate and also quite racist. 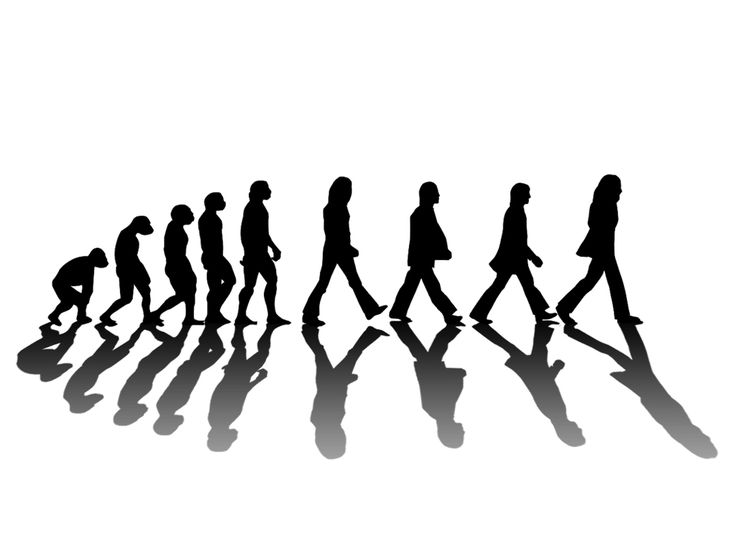 My dad is probably why, as a family, we watched In Search Of. It was hosted by Leonard Nimoy, after all. In Search Of was where I was introduced to many of my favorite Fortean concepts, like Bigfoot, the Loch Ness Monster, Stonehenge. 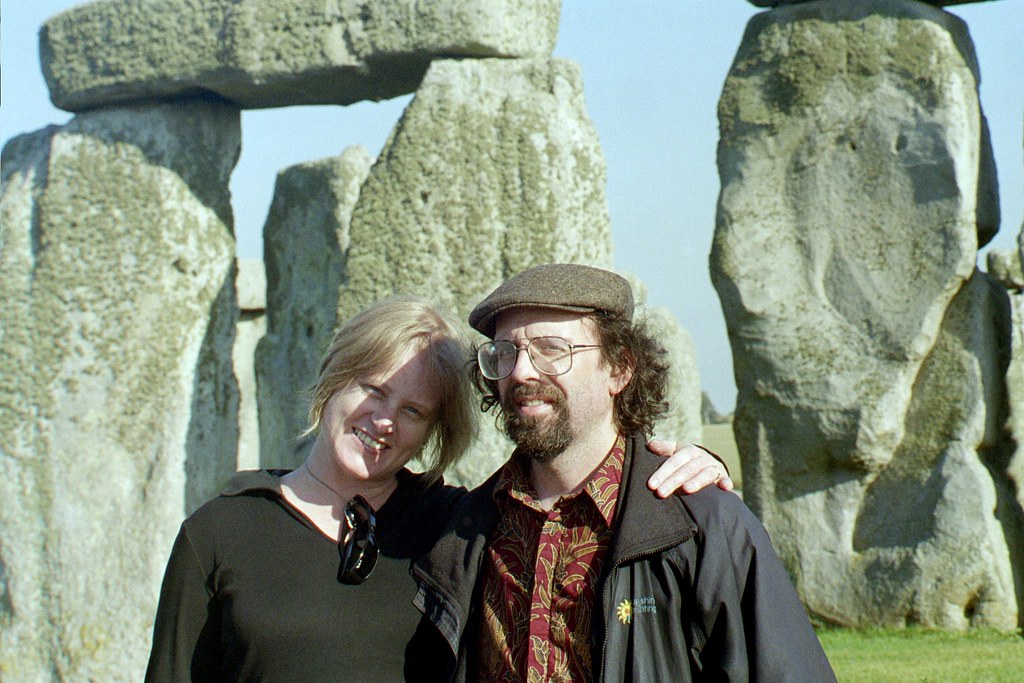 Dad seemed to go into the show with exactly the right spirit — these things are cool and interesting and fun to think about, but, you know — most of the claims about them probably aren’t real. The evidence just isn’t there. And you have to go with the evidence.

When The X-Files started, it sounded like exactly my sort of thing — In Search Of mashed up with a police procedural, kind of like if Agent Dale Cooper of Twin Peaks were partnered with Clarice Starling from The Silence of the Lambs. But it’s even better than that, because of Dana Scully.

Dana Scully is a forensic scientist and skeptic. Her skepticism is played off the “I want to believe” credulity of her partner Fox Mulder. It’s become fashionable, in some fannish circles, to claim that the show displayed her skepticism as a mistake, that it was “always aliens” and Mulder was always right.

This is not actually correct on either point.

The typical X-Files episode goes a lot more like this:

Mulder: It’s a chupacabra!
Scully: It’s not. But I’ll take this sample of the mysterious yellow rain that fell and see what’s what.
Mulder: Chupacabra!
Scully: Fungus growth accelerator, actually. Quite dangerous.

Or this:
Mulder: It’s a vampire!
Scully: It’s not. But, I’ll perform the autopsy. Hmm, his last meal was pizza. You know, I’m so jaded to this process that thinking about pizza in the middle of an autopsy makes me want pizza. I’m super-awesome.
Mulder: Vampire! Also I’m going to eat your pizza while you do another autopsy.
Scully: Grrr. More pizza in the stomach contents — oh my God, it’s the pizza guy! (Shows up, saves Mulder from the pizza guy.)
Mulder: He was a vampire though.
Scully: Wearing FAKE DRACULA FANGS.
Mulder: (Sulks)

Scully goes with the evidence and without evidence, Mulder’s far-out theories — even if correct — don’t do anybody any good. A theory you can’t prove might as well be a fantasy novel, and this is the real crux of most Scully-Mulder arguments — she is skeptical of his wild theories, but knows they often pan out, so the real question is, what’s your evidence? Do you have a case? Can you prove this in court? Can you get a conviction?

Scully also tells Mulder, repeatedly and correctly, that his burning need to prove certain things true — aliens, government conspiracies — can be used against him. He trusts the wrong people sometimes because they tell him what he wants to hear. This is known as “confirmation bias” and it’s the enemy of all skepticism, although we are all prone to it.

How do you know what you think you know?

People lie, deceive, and simply get things wrong. Our own brains can’t tell the difference between the memory something we dreamed, something we imagined, and something that really happened. Eyewitnesses are notoriously unreliable.

The X-Files often used “Trust No One” as a catch phrase. If you can’t trust anyone, including yourself, can you really be said to know anything?

Another X-Files slogan, “The Truth is Out There,” promises that the truth — the real truth — the true truth — exists, and maybe it does. But maybe we can never know exactly what it is.

Scully, in spite of being a skeptic, is also a Catholic. She regards faith and evidence as belonging to separate spheres of knowledge. Faith is about what lies beyond human understanding.

My dad has a slightly different take. He worships the God who created this amazing universe, which makes lying about the reality of that universe so wrong it’s akin to blasphemy. But he also communicated to me the idea that the universe is necessarily greater than our understanding of it. Science is always “our best guess, given the evidence we have” and subject to revision based on new evidence.

Because you have to go with the evidence, right?

In our world, right now, it’s probably never been more important to be intelligently and effectively skeptical. We are bombarded constantly with information, much of it misleading, dubious, or even malicious. We’re faced with scammers and identity stealers, viruses and malware and clickbait, not to mention “fake news,” fake news, fake “news” and “fake” news. We have religious folk who come to see credulity as the same thing as faith. We have “alternative skeptics” who disbelieve the mainstream explanation for things like how vaccinations work or whether Bin Laden did 9/11, only to embrace far-out and mostly evidence-free conspiracy theories about these things.

How do you know what you think you know?

A couple of years ago I had the immense pleasure of being on a panel about science on television with Cordelia Willis, daughter of SF writer (and X-Files fan) Connie Willis, who is a forensic scientist. She described her first undergrad class as being half female, which until that time would have been unusual, and every single one of them wanted to be Dana Scully.

May we all aspire to be Dana Scully, Our Lady of the Skeptical Side-Eye and patron saint of skeptics everywhere.