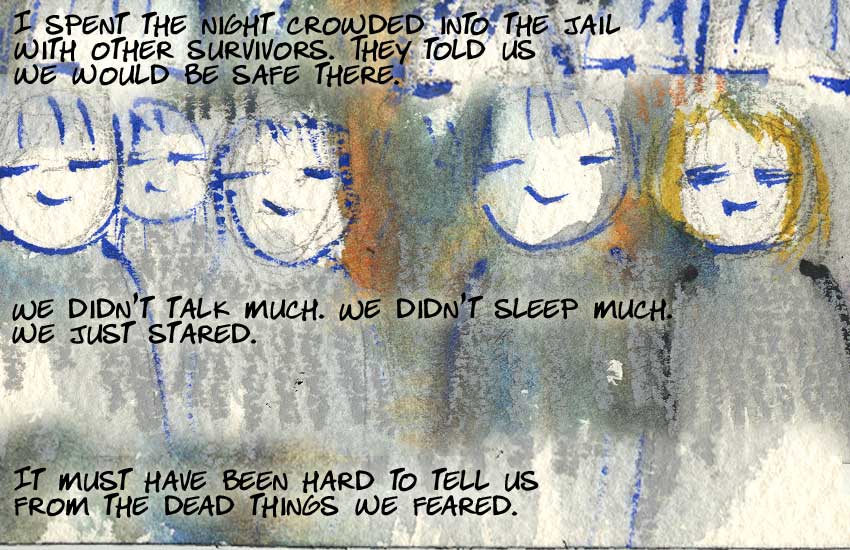 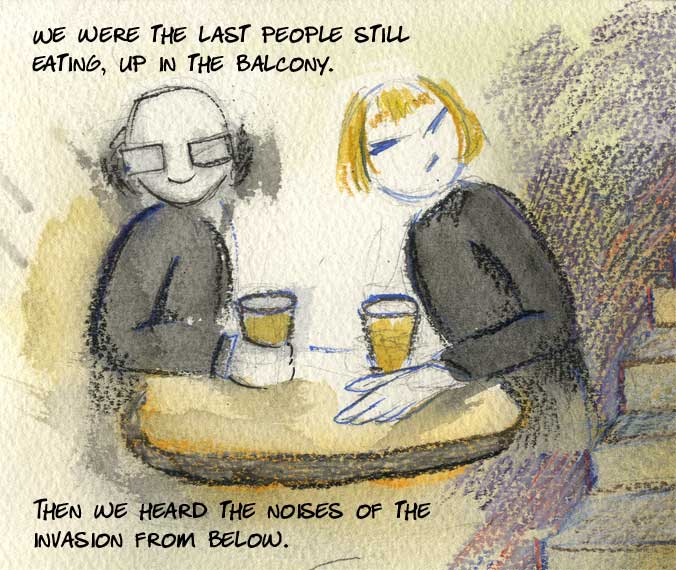 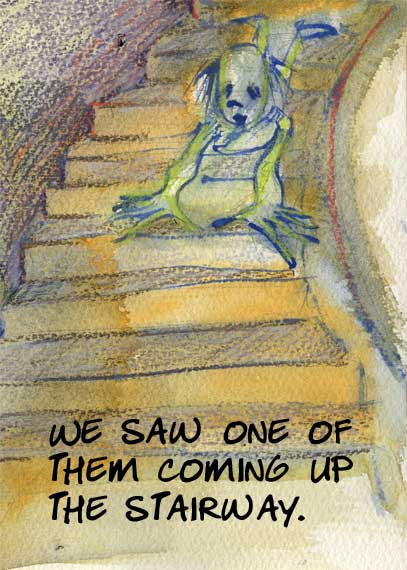 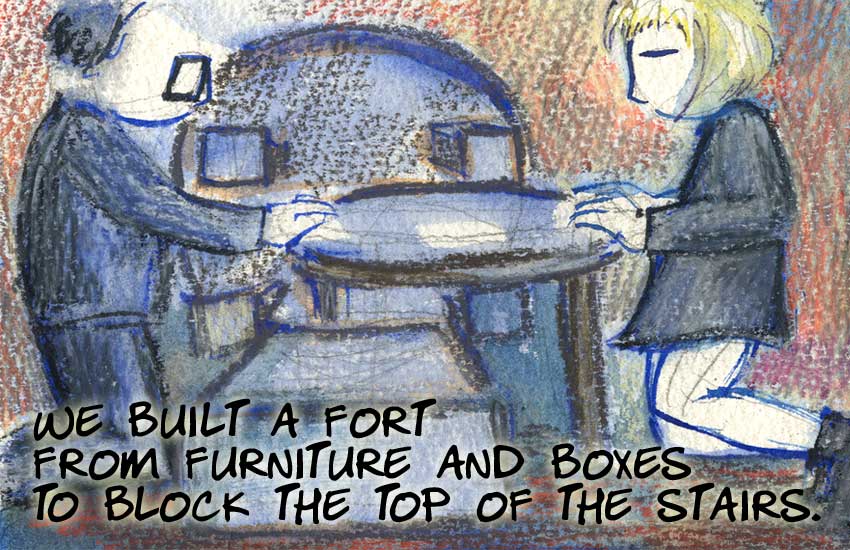 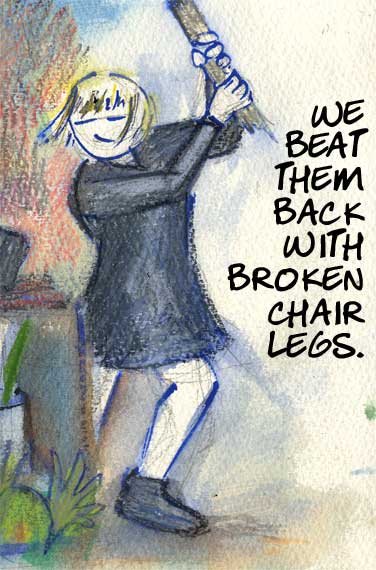 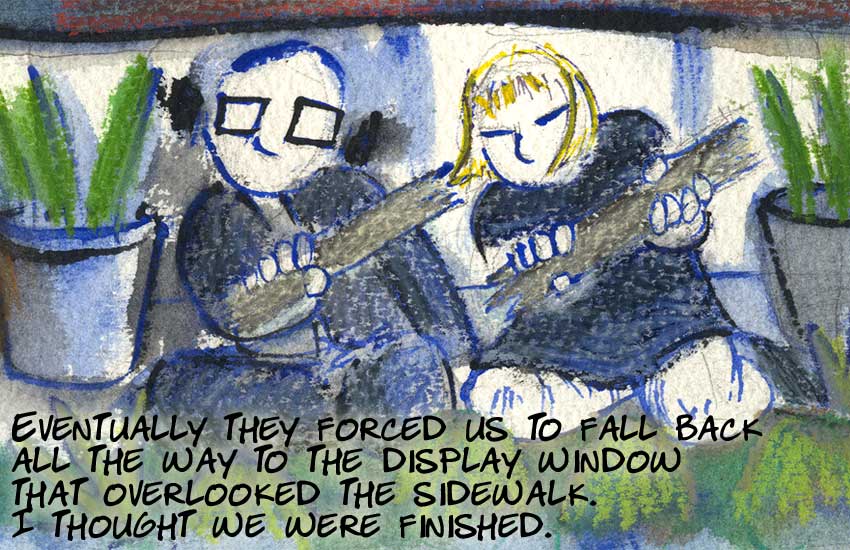 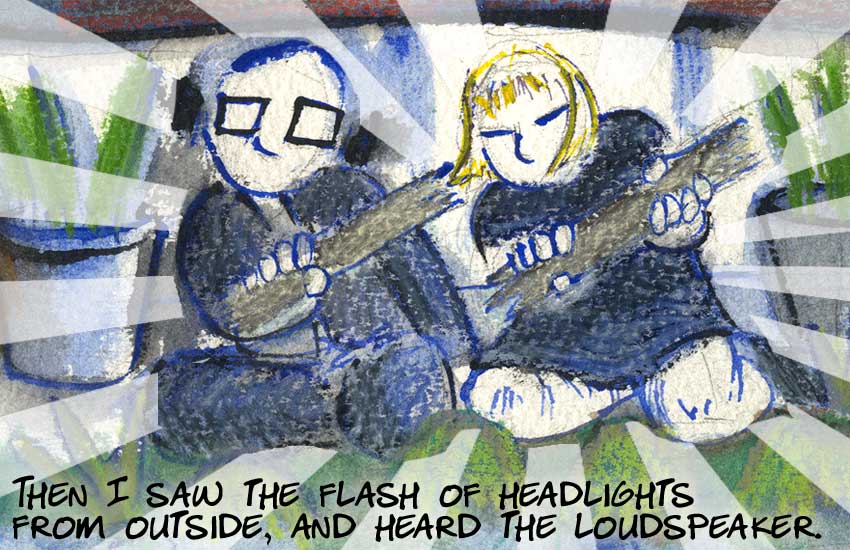 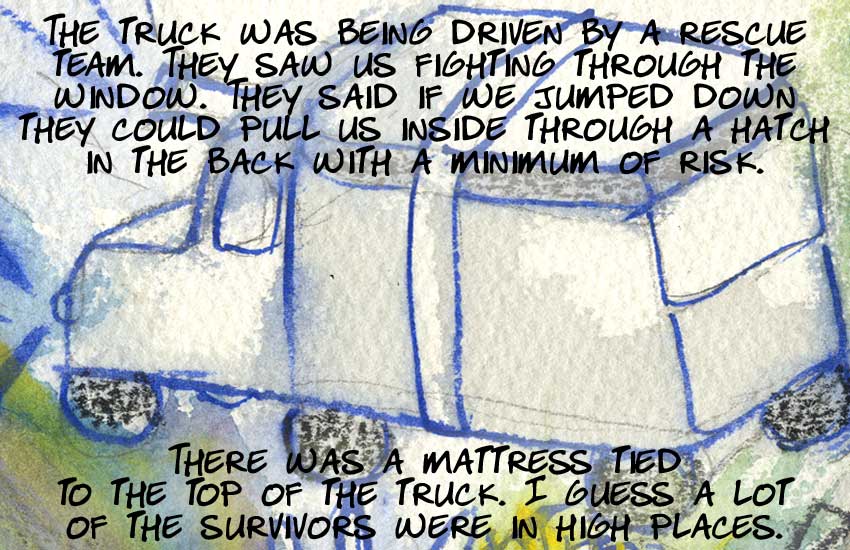 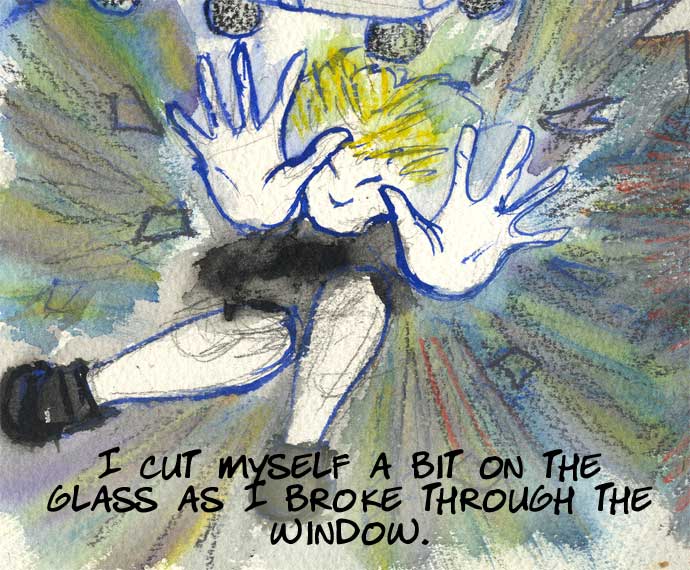 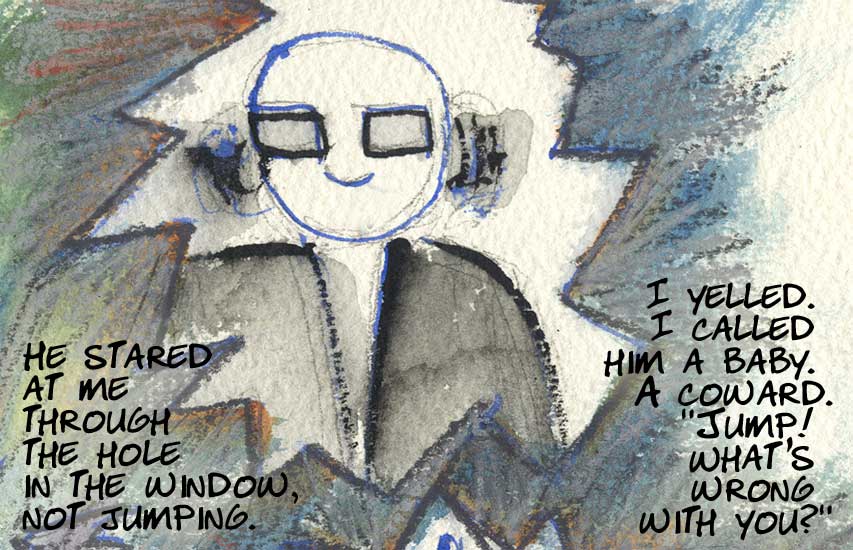 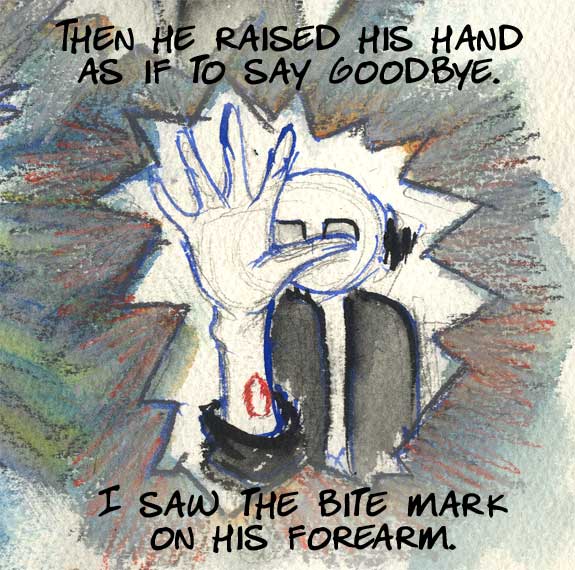 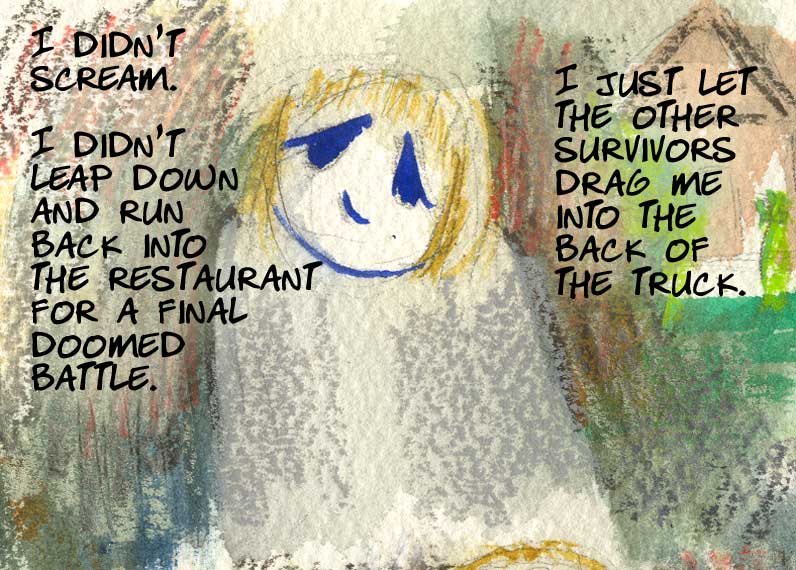 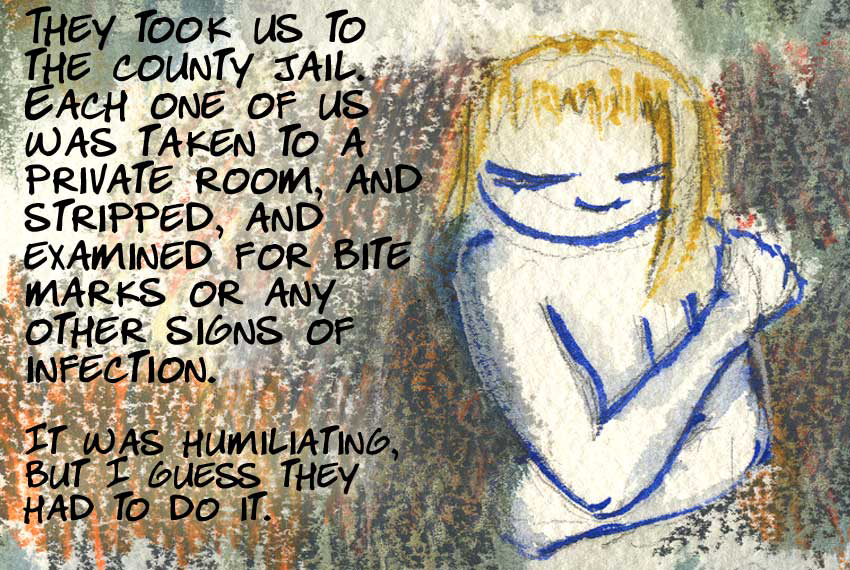 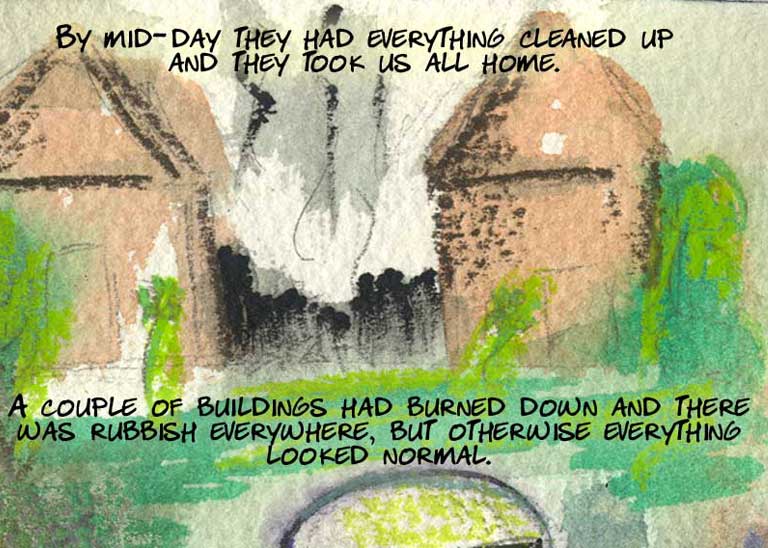 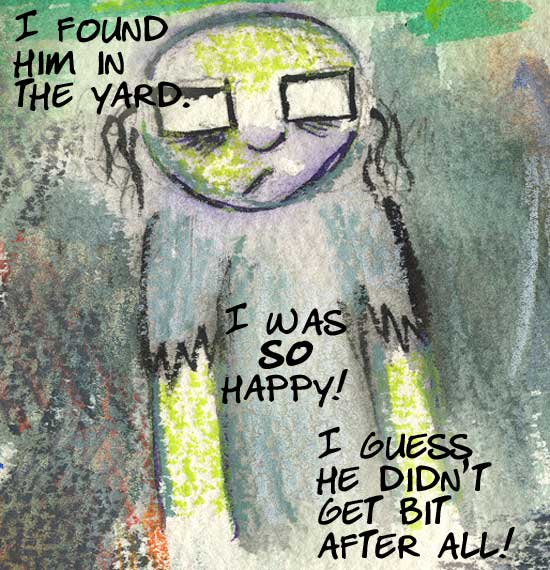 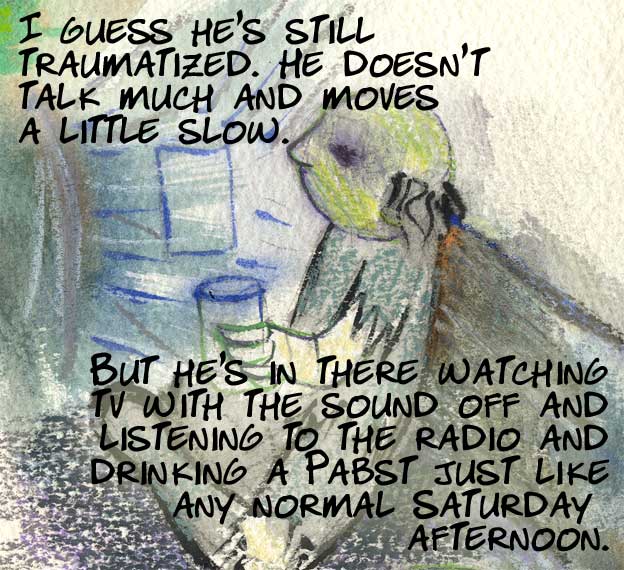 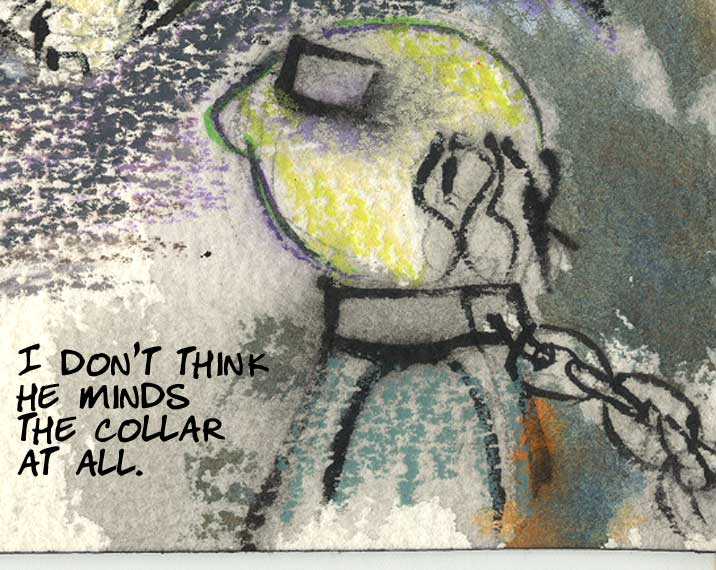 Originally published 2008, not sure what time of year. The characters are me and my husband, not the Goth House characters. The files are all called “Night” so I guess that’s the name of the comic? Which is weird because I don’t actually remember and there isn’t a title page. When I was drawing the comic regularly, I would always try to post a nightmare on a Friday the Thirteenth. This comic is based on a nightmare I had. My zombie, vampire, and nuclear war nightmares always seem to end pretty much like this, with a weird semblance of normalcy restored.