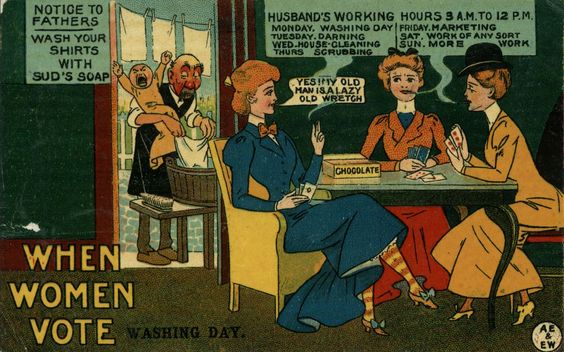 I finished reading Quiverfull: Inside the Christian Patriarchy Movement by Kathryn Joyce (2009). I was looking for additional insight into the kinds of experiences Abby might have had growing up in a family cult based on patriarchy doctrine teachings, such as Quiverfull. The book was informative, but I found reading it to be a weird, triggering experience. I had to keep stopping to process overwhelming feelings of rage, shame, and fear, some of them buried since I was a teenager.

My usual narrative of my religious past is pretty simple. I was raised as an evangelical Protestant and remain a Jesus fan, but the rise of things like satanic panic and the religious right drove me away from the church. When I talk about the doubt and fear and second-guessing that went on in my teenage head, I talk about the cosmic questions I wrestled with. Things like, did I believe in literal salvation from a literal hell? And if I didn’t believe in that, was I still a Christian?

I never talk about doubting my feminism. I tend to see my belief in gender equality as a rock, a foundation of my identity. But reading this book released memories of self-doubt that I had honestly forgotten. It opened a weird Pandora’s Box in my head, and I started being hyper-aware of the power dynamic within my own marriage. Am I submitting to my husband? Am I expecting him to submit to me? If I were submitting, what would I be doing differently? Would me being a submissive “helpmeet” eliminate this conflict, or just make it worse? Is this thing I’m doing a submissive act, or just a normal thing you would do for somebody you love? Is there truly a neutral ground of cooperation where nobody is really “submitting” to anyone?

It made no sense and I didn’t expect it. But I think it might have happened because teenage me glossed over a lot of patriarchal messages I was getting from the church by putting them in a box labeled “irrelevant because, never getting married.” This seemed reasonable at the time. I was a nerd. I didn’t date. I wasn’t popular. So it all worked out! Simple! I was going to die alone in a garret in London (or possibly a cabin in the mountains) surrounded by brilliant unpublished fantasy novels that would make me famous after my death!

Christian women are vulnerable to patriarchy doctrine, in part, because as Christians and also as women we are primed to see ourselves as martyrs. We learn that sacrificing ourselves for others is virtuous; ennobling; beneficial. The one who makes the sacrifice is HOLY — a beacon — an inspiration to others. Your reward, if you sacrifice properly, is infinite and eternal.

And if you don’t sacrifice yourself, you’re being selfish. Because you are “created to be his helpmeet.” If you’re just a person living your own life — well, that’s wrong. You can’t do that.

It’s insidious. You want pleasure? Convenience? Safety? Respect? Financial security? Family planning? A good night’s sleep? A career? An identity of your own? Leisure time? How selfish you must be!

It’s easy to feel guilt, to feel that you’ve hurt someone, let someone down, taken something that wasn’t yours, even when all you did was insist on your right to be yourself. But who are you to insist on being yourself? That’s so literally self-ish!

The guilt kicks and we repent. We grovel. Oh, I’m sorry. I’m so sorry. I’ll never do it again. I’ll change my ways. I won’t be selfish anymore. I’ll put God first. And by God I mean what you tell me about God, because it’s not like I’ve heard from God directly or anything. You know, I’m just taking your word for it about what God wants.

I always felt on much surer ground when I opposed patriarchy doctrine as it hurt other people. After all, I couldn’t be accused of selfishness when I was concerned about discrimination against LGBTQ people, could I? Or when I was concerned about its effect on poor women? Look, if I wasn’t even having sex, right, then my pro-contraception and pro-legality of abortion stance couldn’t possibly be selfish — it was a principled ethical judgment!

Christian patriarchy doctrine characterizes “feminism” not as a political movement or philosophy, but as a principle of rebellion and original sin.

Feminism is woman’s fundamental sinful nature. Yes, woman’s, specifically. In Christian patriarchy, men don’t really have a sinful nature. They sin only by failing to adequately control their women. And if you’re a woman and the thought of being controlled by someone else horrifies you? Selfish. How dare you want to be an independent person who makes your own decisions?

Even in a supposedly neutral context, it’s common for women who don’t have children to be derided as “selfish.”  And how does that make sense? It’s not like my husband wanted children and I’m selfishly keeping them from him — of the two of us, he’s always been much more adamant about not wanting children.
But then, the role of men as individual people who make choices regarding sex and childbirth has a weird tendency to disappear from every conversation on the topic, even ones that aren’t ostensibly anti-feminist. Women get pregnant (or not) from sheer force of will, or from the nebulous quality of “sluttiness,” which is something that involves having sex with men, yet somehow mysteriously doesn’t involve the usual male role in the biological process.

It’s like it’s the Middle Ages out there and people aren’t entirely sure how pregnancy works.

Anyway, the world is not currently in danger of running out of people. I am not selfishly refusing to perpetuate my species. And there’s not anything super-special about my own personal genes that causes me specifically to be selfishly depriving the world of some necessary thing by failing to reproduce.

But scratch a natalist and a lot of times you’ll find a nativist hiding just underneath — somebody who didn’t want to have to say it, all right, they wanted that “selfish” epithet to hang in the air unchallenged, but okay, if you press them, they do think I’m refusing to perpetuate my species, my species being “U.S. Americans who speak English and their ancestors came from northern Europe,” and they do think there’s something super-special about my own personal genes, which are for pale skin, light hair, and light eyes.

The Christian patriarchalists usually don’t declare their nativism in explicitly racist terms. But their mission is to fill the world with exactly their own sort of people: “Christian” babies who will grow up to be “warriors for God” and sweep the earth with a great revival before the end times, preparing the way for the coming of the Lord.

As described in the book, at least one leader of the movement made an optimistic little chart plotting out two hundred years of exponential growth as each righteous generation begats a new righteous generation and eventually takes over the world through the force of demographics. But the math on that doesn’t work as the thesis for the movie Idiocracy, and it doesn’t work for the Quiverfullers either. Reproduce all you like, white American evangelicals, you’re not going to get larger than China and India.

But then, what kinds of math skills do you expect from a bunch of people who have decided they don’t believe in science?

2016-10-09
Previous Post: Bumbershoot, having a good time without me
Next Post: Never a helpmeet Part 2: The cult of lifestyle Christianity