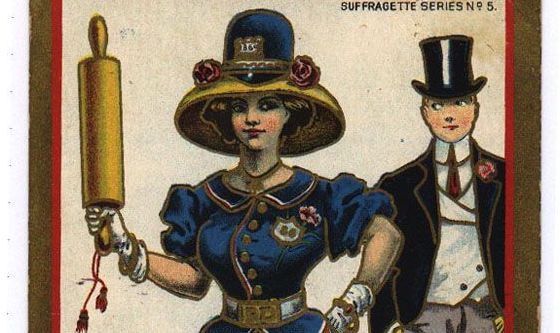 As an ex church-goer, living in one of the least church-going parts of the country, it’s easy for me to forget about church as a potential answer to the question “where on earth do people get these bizarre and terrible ideas?”

The last time I attended an evangelical church, a couple of years ago, it was Father’s Day, and familiar patriarchal narratives were on display: masculinity defined according to traditional stereotypes involving fishing and not wanting to talk about feelings; essential but vague differences between men and women viewed as a really important characteristic that needed to be frequently remarked upon. But they were on display in mild, mainstream-seeming ways. Like a Home Improvement episode, not like the Duggars. There was no talk of “headship” or “submission.” And yet patriarchy-friendliness was obvious in the shape of the culture. This same quality was present when I was a kid in the 70s, but back then I saw it as a holdover from the 1950s, and not much different from culture as a whole. But the outside culture moved on, if imperfectly, and evangelicals made the choice to slam on the brakes and start moving backwards instead.

How big of an impact does that have on the persistence of patriarchal narratives in our culture? In the sexism that continues to plague us? To what extent are we all living in a culture defined by evangelicals who pick up patriarchal and sexist ideas from church and disseminate them out into the world?

There’s no obvious connection between something like Gamergate and the teachings of Christian patriarchy. Gamergaters love the sort of violent, sexually explicit videogames that conservative evangelicals tend to think are literally demonic. And yet they share a core underlying narrative: nothing in this world belongs to women, and women don’t have a right to exist anywhere, except by the sufferance of men.

There’s no obvious connection between biases against women in STEM fields  and the anti-science religious right. Yet both groups operate from the assumption that women don’t belong in certain fields of employment, regardless of individual abilities. The main difference is that Quiverfull argues those fields of employment are “all of them,” while more mainstream arguments tend to focus on “math” or overall “intelligence” which somehow renders women naturally less suitable for high-paying, high-prestige jobs, without compromising their ability to perform low-status, low-pay labor.

There’s no obvious connection between the rape apologetics that come from secular sources and the rape-enabling “purity culture” of patriarchal evangelicals. Are people like “Princeton Mom”
or “pickup artist” Roosh practicing purity-doctrine evangelical Christians? I doubt it. But they reflect the patriarchy cult’s view that women who live their lives too freely are just asking for abuse. People like Princeton Mom (and Camille Paglia  and Emily Yoffe and their countless victim-blaming defenders) characterize rape not as a crime committed by a human being against another human being, but as a kind of inherent risk, like a rainstorm, that simply comes with certain territory. They don’t advocate for patriarchal purity culture, and yet they perpetuate one of its key arguments: it’s DANGEROUS out there for young women without male protection. Quiverfull’s solution is to make sure women are never out in the world without some kind of male authority as their “covering.” The rape apologists have no solution.

Rape apologetics is probably the nastiest and most hypocritical manifestation of a weird, pervasive patriarchal idea: men are not human beings who choose their own behavior, but are, rather, helpless puppets directed by the magical mind control powers of women. It’s a weird paradox — the more patriarchal the society, the less agency men are thought to have, and the more women are expected to do things like cover up their bodies for the sake of men who would otherwise be incapacitated by fits of lust, until you’re the Taliban insisting on a full burka for all women at all times.

We never seem to question the “I couldn’t help myself” narrative when it applies to male lust or rage. And yet, somehow, this complete lack of masculine self-control is never supposed to disqualify men from operating heavy machinery or being the keepers of nuclear launch codes. It’s only when it comes to sex, or women, that men are excused in that way, commonly agreed to be completely unable to master their own behavior.

This uncanny influence women supposedly have is sometimes used as an argument against feminism — you know, it’s completely unfair for women to have regular power, because women already have magical sex power. So under the crushing rule of feminism they now have all the power. Oh, the injustice!

Christian patriarchy emphasizes over and over the idea that women are required to use only “soft” power — the power of persuading, cajoling, or inspiring men to do what they want. And it claims that this power is (of course!) so much more better than direct power. I mean, doing what you want, having money of your own, having people respect your ideas — that all sounds good, right, but women are the power behind the throne, the hand that rocks the cradle, and if we do it all properly we “exert far more power in this world than all political leaders put together.”

Sure. That sounds just great. Dudes, if you think women’s role in a patriarchy is so much better than yours, tell you what — let’s switch! I’ll take all the direct power and you can try to influence me to use it on your behalf. I’ll have the money, and you can try to wheedle and charm me into spending it on you. I’ll have the political office and you can waste all your time fighting against legislation that treats you as chattel based on your role in reproductive biology. I’ll run the movie studio and you’ll beg for movies you want to see with male stars and written from a male point of view and sometimes even written, directed, and produced by men. I’ll run the company and you’ll have to fight for fair pay. I’ll be the professor and you can decide whether or not you’re going to put up with me sexually harassing you in order to not flunk out.

No? You don’t want to do any of that? Gee, whyever not?

If women were literally magical beings with special mind control powers over men, I’m pretty sure the world would look very different than it does. Donald Trump would be unable to resist punching himself in the nose. Rush Limbaugh would surely have spontaneously exploded by now.