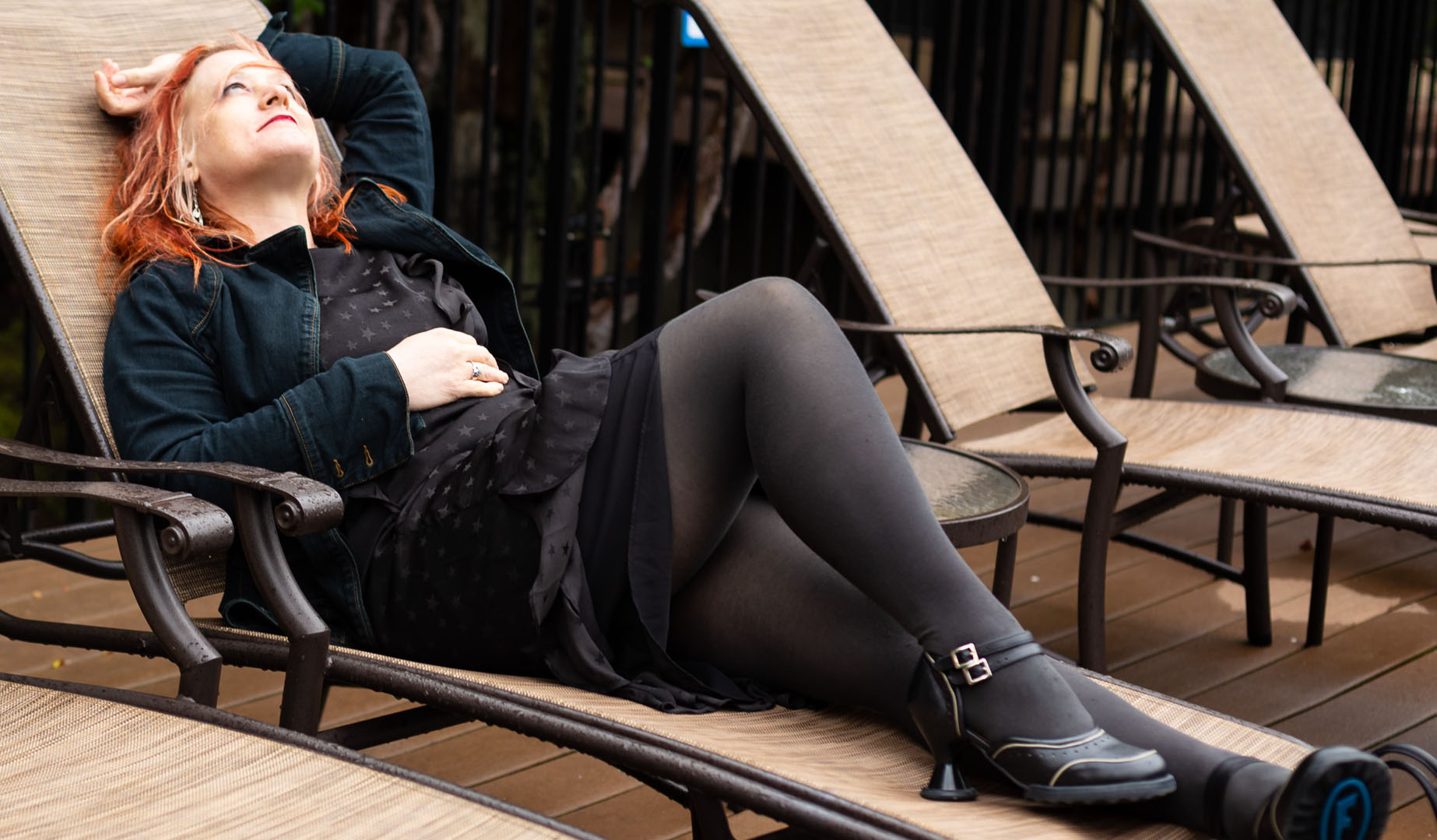 Hello everyone! We’re already halfway through the Clarion West 2019 Write-a-thon and here I am, finally writing my first essay about it! (Sponsor me! Or sponsor someone else! We’re all great! And all the money goes to Clarion West!)

(Note: at publication time we are 4/6 of the way through now, that’s what prepping for a birthday party will get you. Which reminds me: it’s my birthday. My birthday always falls during Clarion West, which means that I spent my birthday while I was at CW sewing a second head on a stuffed cat to be given to Ellen Datlow. And I spent this week cleaning & dressing up my living room to resemble a tiki bar. Sometimes, when I’m doing this kind of thing, I think, “It’s my fricking birthday, why am I the one who has to do hand sewing of stuffed animals or cut bamboo and lash it to my industrial post shelving to make it look tiki? ” But then I think, “who else would do it?” and I realize that in many ways I make my own hell, and it’s a crafter’s hell. Crafter’s Hell!)

I went to CW in 2016, which was more than ten years ago now, which blows my mind. There’s a story about how I went to CW (praise Expedite) but I want to revisit here why I wanted to go to CW. It’s because I had successfully written one whole novel by that point, but couldn’t figure out how to write a second one. I also couldn’t figure out how to edit the first one into something that I could actually sell.

CW helped me enormously because it gave me all these tools to think about a story in more abstract, meta terms, and more fundamentally, it taught me to look at a story that way, in terms of the overall shape of it.

I eventually managed to write a second novel: the very first draft of what would become the first book in the Tales of the Rougarou series.

I wrote a draft of 80,000 words, realized it was boring, tweaked a few things, wrote a new draft of 140,000 words, got some feedback, tweaked it some more, got some more feedback, and finally did something I had never done before: wrote a narrative synopsis before writing a new draft of the novel. This was a huge moment for me, because I am, in the pantser-plotter divide, absolutely a natural-born pantser. But starting with a narrative synopsis was so effective that I vowed never again to try to finish a whole book without writing one of those first.

The final version of Waking Up Naked in Strange Places sold to Per Aspera and came out in 2015. They were interested in bringing out two sequels as well, and I had written narrative outlines for those. But then Per Aspera sold to Ragnarok, and Ragnarok eventually went under, and here I was with these plans for books, and what was I going to do with them?

I weighed my options, and since I’m a control freak with (probably) rejection sensitive dysphoria, I decided to start the process of publishing them myself. Even though book 2 was in a state where it could probably have been rushed out if a publisher was breathing down my neck for it, everything I had researched about self-publishing indicated that it was probably a better choice to shape the series as a whole and have book 3 close to ready by the time I brought out book 2.

In 2016 I NaNoWriMo’d a draft of Book 3, according to my existing outline.

I’m going to call this a “rapid draft” which probably means different things to different writers, but for me, it’s the writing equivalent of a sketch. It blocks things out, but it’s not polished or finished at all. It looks kind of like this:

Back out, I find andrew talking to another bitten wolf.
Hey
Hey
Abby this is ??
Nice to meet you.
?? Says they have a group. They go camping once a month.
Yeah. I heard about that from ??. Does that sound good to you?
It does. Smile. But ?? Doesn’t know how I got exposed either.
He nods. It’s a mystery. Most of us remember the incident pretty clearly.
Yeah. I was just telling ?? That I don’t remember getting bitten per se, but I do remember that last 151 daiquiri, and I did wake up in a park in New Orleans with teeth marks in my arm. So it’s not a mystery
New orleans? My dear, the mystery is how you survived the rougarou.

So, you can probably see how it’s fairly easy to turn that kind of writing into a finished scene, but it’s also pretty easy to just abandon it if the final shape of the plot points in a different direction. I didn’t put a lot of work into setting the scene, coming up with exactly the right wording, inventing small moments to break up the conversation, or giving a name to a character we probably meet exactly once.

This rapid draft was based on a narrative synopsis, but deviated from it so dramatically that I felt I had to go back to the synopsis level before editing. As soon as I did that, I realized: I had written a rapid draft of a novel with three distinct parts, and each one of those parts really needed to be its own book, story-wise.

I wrote a rapid draft of the new book 3. But the grand climax felt tacked on. After kicking this around a little bit, I decided that was because it was actually the climax of a completely different book, and a new Book 4 began to take shape. I started wondering “how many books did I pack into that one book, anyway?” and spent some time working on a synopsis for the whole series.

This was a fun exercise but surprisingly time-consuming. I got a lot of help from my friend Carol, finally figured out what was wrong with the book 3 synopsis, and also realized that the final book needed to be two books, bringing the total to seven.

Which brings me to my Write-a-thon challenge: to write a rapid draft of books 3-7, which I originally called “five books, six weeks” knowing that was way too ambitious, but not having a good sense for how much too ambitious.

How does a rapid draft differ from a narrative synopsis? It’s much longer, for one thing. A synopsis is short story length, while a rapid draft is closer to short novel length, in this case, Book 3 came out to 49,753 words which is almost a NaNoWriMo win. A synopsis can have a sentence like “Abby discovers [x]” but a rapid draft has to walk through the process of how Abby discovers [x]. Does somebody just tell her? Does she find a scrap of paper? Does she overhear a conversation? Does she sneak into a place and look around? Is there literally no remotely plausible way for her to discover [x] and I have to rethink large sections of the plot?

A rapid draft is a good point to diagnose problems that can’t be seen at the synopsis level. One of the challenges of writing a werewolf series with full moon transformations is that sometimes you have to wait an entire moon cycle before something can happen, and what are people doing during that time? They’re not just sitting around, are they? Of course not! And then I’ll think of something that happens during that time, and that sends the plot in a different direction, and so on.

I realize now, going all the way back to before Clarion West, that I have a gift that can also be a curse: I write fast. I think on the page. I generate my ideas in the process of writing them. This means that I can easily write thousands and thousands of words on a project, but all of them can be the wrong words.

This isn’t a problem, except that it’s so different from the process of most writers I talk to, that it took me a long time even to realize that was my process. Other writers might post things like “I wrote a thousand words today!” and I would be like, “I wrote 7,000 words today, but I don’t like any of them, what’s wrong with me?”

That’s okay. Writing is hard, and everyone’s process is different. And that’s good.